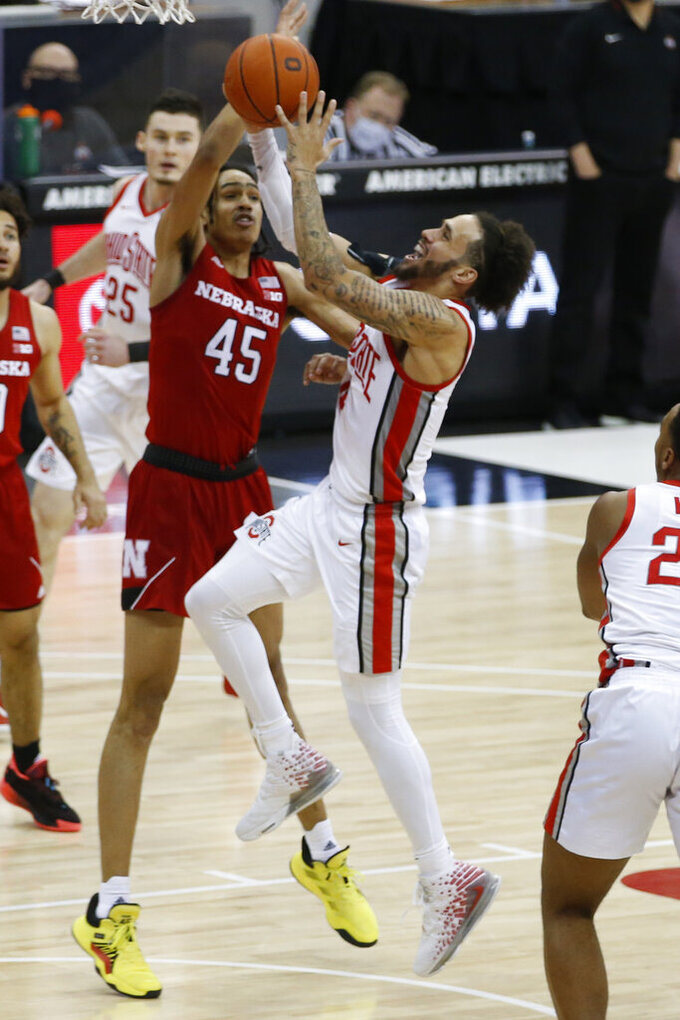 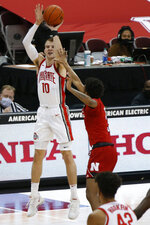 COLUMBUS, Ohio (AP) — Ohio State has plenty to look forward to heading into the new year.

Justin Ahrens came off the bench to score 18 points and freshman Zed Key added 14 points on 5-for-5 shooting as the No. 25 Buckeyes used balanced scoring to beat Nebraska 90-54 on Wednesday night.

“Tonight was a unique Big Ten game; you don’t have many that are like that,” Ohio State coach Chris Holtmann said. "It was a really solid performance. We were able to defend them with great purpose. Our ball movement was exceptional. That’s what we have to continue to be.

“If we were playing them again tomorrow, the game could look much different. ... We played really well."

Key to Ohio State’s success was its outside shooting. Ahrens went 6 of 9 from long range and the Buckeyes were helped by 12-for-32 shooting from beyond the arc.

“I felt really good,” Ahrens said. "My teammates did a great job of just finding me. Once I see one or two go through, I get a feeling. I feel like I gotta shoot it if I'm open.

“Once I see one or two go through, I’m going to keep shooting until I miss.”

The Cornhuskers (4-6, 0-3) lost their third straight game and were slowed by 28.3% shooting from the field. Nebraska has lost 12 games against ranked opponents.

Ohio State put the game out of reach with a 12-2 run at the start of the second half. The Buckeyes also scored 21 points off turnovers.

Nebraska was led by Teddy Allen's 13 points. Allen picked up his fourth foul with more than 16 minutes left in the game and sat for more than 10 minutes. He is the Huskers' leading scorer, averaging 18.2 points.

“I thought we missed some really good shots in the first 10 minutes and that kind of set the tone for the game,” Nebraska coach Fred Hoiberg said. “As it wore on, it affected us on the other end and then they overwhelmed us with their physicality. It is what that team does.”

A deep and balanced Ohio State team used contributions from nearly every player to run away from overmatched Nebraska. Keeping up its outside shooting will be key to the Buckeyes’ continued Big Ten success.

Nebraska has not won a Big Ten game since Jan. 7, when it topped Iowa.

Ahrens attempted his first 2-point basket of the season in the first half. Through Ohio State’s first nine games, Ahrens had only previously shot from beyond the arc.