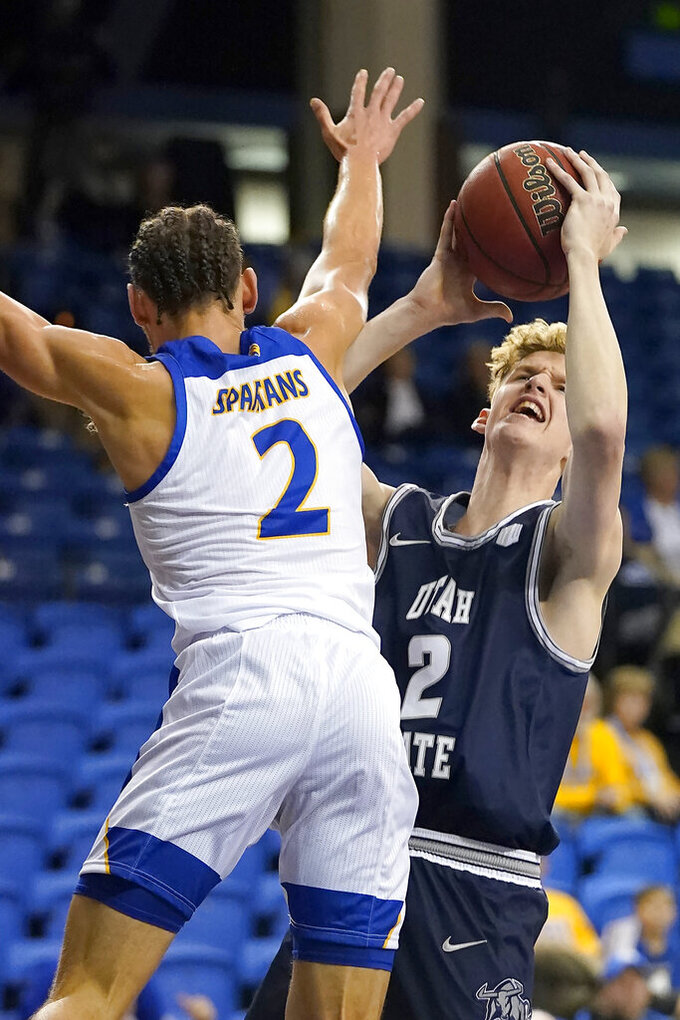 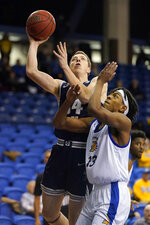 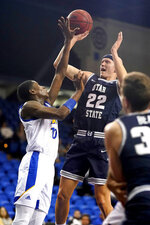 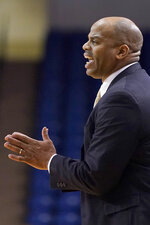 Bean had 18 points and 14 rebounds for his fourth straight double-double, and No. 25 Utah State bounced back from its first loss by beating San Jose State 71-59 on Wednesday night in the Mountain West Conference opener.

“He went from the guy who was on the scout team every day and kept proving his merit,” coach Craig Smith said. “Down the stretch last year, he didn't start but he finished most games. He's always been an excellent rebounder. He just has a nose for the ball. He just consistently gets better. He's a better shooter and better handler.”

Bean started fast by scoring the first eight points for the Aggies and kept up his strong play throughout for a Utah State team that was a bit worn down from spending 14 of the past 18 days away from home.

The Aggies (8-1, 1-0) fell 81-73 last week at Saint Mary's in a matchup between two of the top mid-major teams in the country. They fared much better in their return to the Bay Area by running away from the Spartans (3-6, 0-1) in the second half.

Utah State used a 9-0 spurt fueled by two baskets by Alphonso Anderson and five turnovers from San Jose State to build an 11-point lead early in the second half and mostly coasted from there.

“We just kind of chipped away in the second half and gradually extended,” Smith said. “It certainly wasn't easy.”

Sam Merrill scored 14 points, Anderson added 12 and Diogo Brito had 10 for the Aggies.

Seneca Knight scored 17 points to lead the Spartans, who have lost four straight games. San Jose State hasn't beaten a ranked team since knocking off No. 19 Alabama 60-59 in overtime in the Cable Car Classic on Dec. 27, 1996.

“We're not afraid,” coach Jean Prioleau said. “We're going to put our feet forward and put our nose into the fight. I'm going to do everything in my power to change this around, change the culture of men's basketball at San Jose State.”

The Spartans stayed close early with the Aggies, getting a spark when Omari Moore blocked two shots by Brock Miller on one trip. That led to a tying 3-pointer from Trey Smith and a basket from Richard Washington that put San Jose State up 21-19.

The Aggies answered and led 36-33 at the break.

Utah State: The Aggies controlled the game inside and outscored the Spartans 46-22 in the paint. But they shot only 4 of 17 on 3-pointers and failed to completely pull away from an overmatched opponent.

San Jose State: After going 8-53 with only two conference wins in Prioleau's first two seasons, the Spartans look to be a little more competitive in year three. But they still have a long way to go to match up with any of the top teams in the conference.