No. 3 Tennessee establishes itself as favorite in SEC race 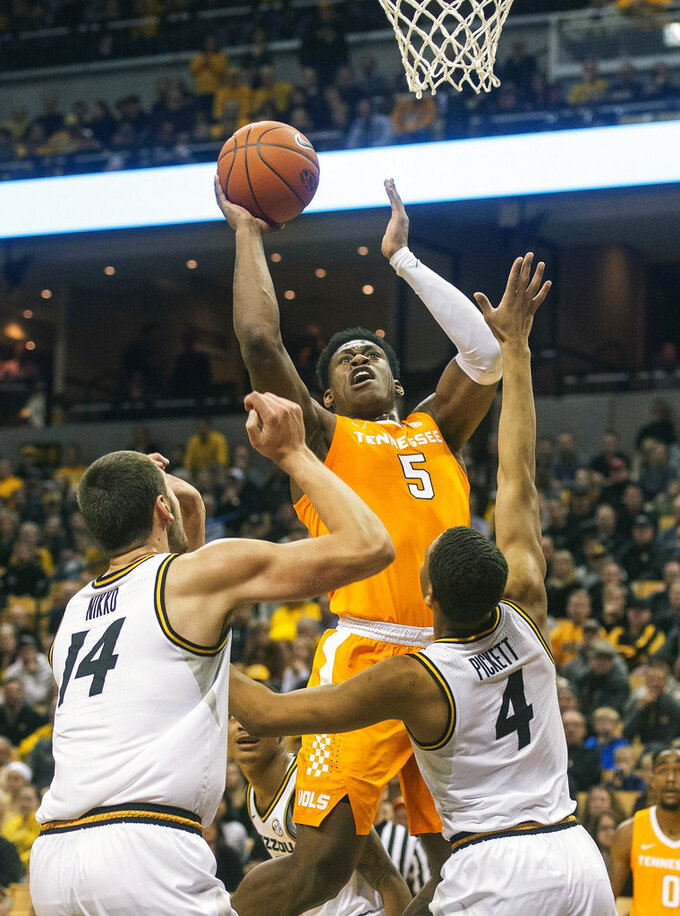 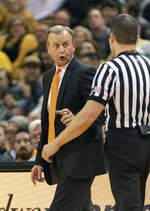 KNOXVILLE, Tenn. (AP) — Tennessee has established itself as the early Southeastern Conference favorite just a week into the start of league competition.

The third-ranked Volunteers (13-1, 2-0 SEC) have outscored their first two league opponents by a combined 70 points while showcasing the depth that has made them the SEC's highest-ranked team heading into Saturday's game at Florida (9-5, 1-1).

Tennessee has the SEC's top two scorers in forwards Grant Williams (18.8) and Admiral Schofield (18.0). Tennessee bills Williams and Schofield as "Peanut Butter and Jelly" because they complement each other so well, but the Vols can thrive even when that duo isn't as dynamic as usual.

The Vols won 87-63 at Missouri on Tuesday for their ninth straight victory even though Williams scored just four points and shot 1 of 8 before fouling out. Tennessee led 42-31 at halftime with Williams and Schofield combining for just three first-half points.

"I don't know since we've been here if those two guys have played as poorly in one half as those two guys played against Missouri," Tennessee coach Rick Barnes said. "To have teammates who were able to pick it up and go with it is something we're all excited about obviously, knowing we can continue to get better."

Kyle Alexander is averaging 13 points and 15.5 rebounds in SEC competition. Jordan Bowden, a starter last season, has thrived in a bench role by scoring 20 points in back-to-back games. Over his last five games, Jordan Bone has averaged 17.2 points while totaling 36 assists and only five turnovers.

"It just shows how deep we are and how much work we put in, in the offseason," Alexander said after the Missouri game. "It used to be get Grant the ball and all this stuff, then it was get Grant and (Schofield) the ball. Now it's like anybody can score."

Tennessee's bench strength got a boost from guard Lamonte' Turner, who is back after missing six straight games with an injured left shoulder. Turner was named the SEC's co-sixth man of the year last season.

The Vols blasted Georgia 96-50 and rallied from an early nine-point deficit to trounce Missouri in their two games since Turner's return.

"It was so important having Lamonte' back," Barnes said. "I think his presence on the court, his confidence, you could tell he and Jordan Bone and Jordan Bowden were really locked into each other the way they were running, moving the ball."

"Watching Tennessee puts it all in perspective relative to what a really, really good team looks like and what you hope to be," Florida coach Michael White said.

Barnes and White are both in their fourth seasons at their respective schools. Florida made a regional final in 2017 and returned to the NCAA Tournament last year. But the Gators have struggled on offense so far this year.

Florida has scored 60 or fewer points five times, losing four of those games, and has little chance of winning a high-scoring affair. Defense has saved the Gators thus far.

Florida is "arguably one of the best defensive teams in the country," Barnes said.