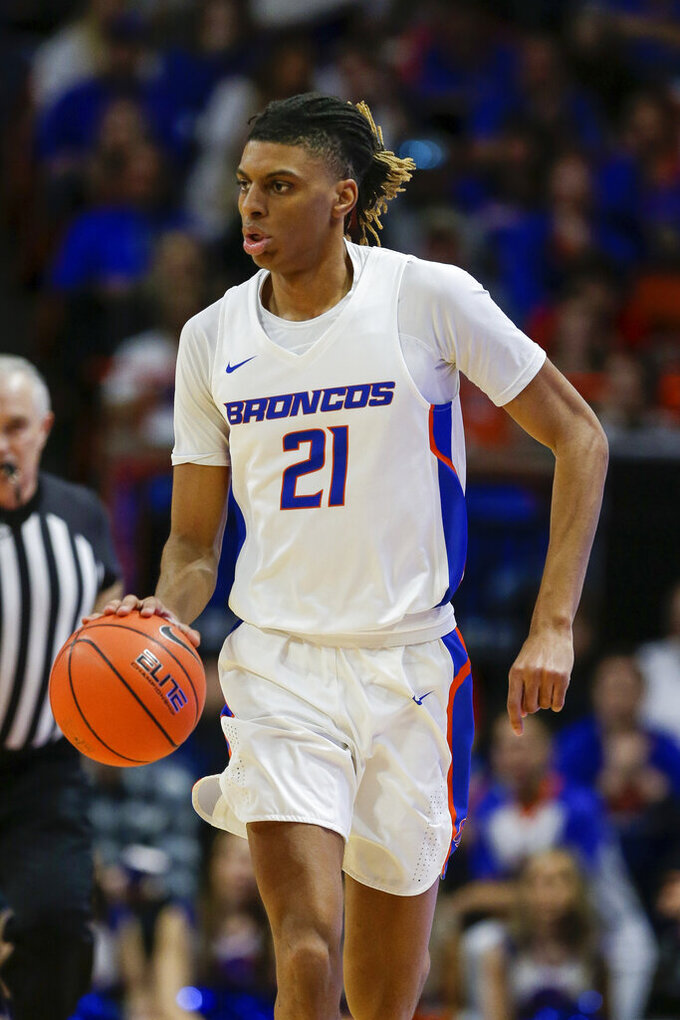 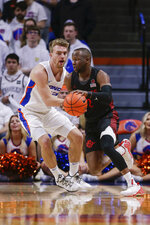 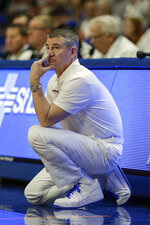 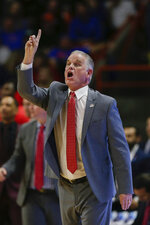 After the Aztecs beat Boise State 72-55 Sunday, he revealed some of his slogans that keep the team on task.

His mantra changed after San Diego State (26-0, 15-0 Mountain West) wrapped up the conference regular season title, though his message hasn’t.

“I told our team, ‘Let’s get greedy. Let’s play for perfection,’” Dutcher said. “If we’re this close, we might as well play for a perfect regular season. Why not win three straight as a mini-goal to chase something other than seeding in the tournament? Let’s do something special.”

The Aztecs, which own the nation’s longest active winning streak, looked special in handling a Bronco squad that hadn’t lost a home conference game since Feb. 27, 2019.

“They wanted it,” Boise State coach Leon Rice said of his team. “It’s not like they didn’t show up either. They wanted it too much in some ways and let it get away.”

After wrapping up the Mountain West regular season title on Tuesday with a victory over New Mexico State, San Diego State didn’t show any signs of let down.

The Aztecs went on an 8-2 run to close out the first half and take a 40-26 lead into the locker room.

All five of San Diego State’s starters finished with double figures in scoring.

Since moving up to No. 4 in the poll on Jan. 20, the Aztecs haven’t been able to climb up any further. And that won’t change after the three teams ahead of them — Baylor, Gonzaga, and Kansas — kept winning this week. However, Kansas and Baylor clash on Saturday, which could give San Diego State a chance to push even higher next week if it continues its winning ways.

With San Diego State’s tournament all but booked, the Aztecs continue to build their case for a top seed. And Sunday’s victory kept that possibility alive. Their weak schedule — one that only has two wins over teams currently ranked — means an undefeated regular season is the only path for a No. 1 seed, but a very realistic one.

Boise State’s long shot hopes of earning an at-large bid hinged on pulling the upset at home. Now the Broncos’ tournament fate rests on making a run in the Mountain West tournament next month.