No. 6 Michigan State surging with fewer stars than last year 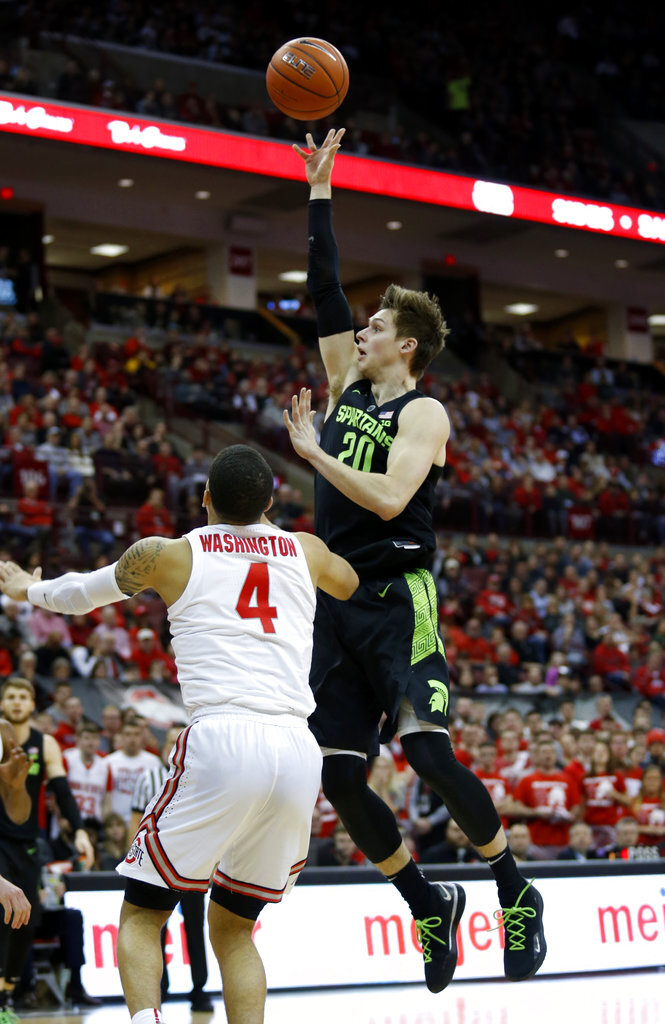 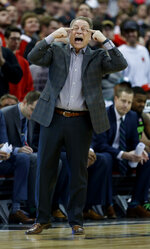 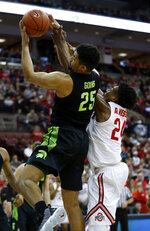 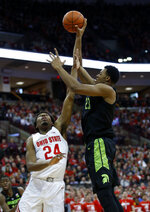 The Spartans have surged to No. 6 in the AP Top 25 with eight straight victories, including an 86-77 win against then-No. 14 Ohio State on the road Saturday.

They're clicking with a team that seems to have much more experience than jaw-dropping talent. Juniors Cassius Winston, Nick Ward and Joshua Langford are good college players and may end up in the NBA eventually, but scouts aren't projecting them as first-round picks this year.

A year ago, future NBA lottery picks Miles Bridges and Jaren Jackson were leading the way on a team that ended up winning 30 games and the Big Ten regular-season title. Michigan State was the top-ranked team midway through last season with winning streaks of 14 and 12 games.

The Spartans' season ended with a thud. The third-seeded team lost to 11th-seeded Syracuse in the second round of the NCAA tournament, a setback that still stings coach Tom Izzo.

"It'll sadden me until the day I die that last year's team didn't get to totally show what they were," Izzo said Monday.

Winston said each player on the roster worked hard to improve, and the team is benefiting from the collective effort.

"Guys found their role and played it to perfection," said Winston, who leads the team with 17.7 points and 7.6 assists a game. "Guys don't try to do too much. Guys are playing with more confidence. And, we've had some guys step up that maybe surprised people this year."

Senior forward Kenny Goins, a former walk-on, is averaging 6.6 points and 9.3 rebounds to more than triple his production in each category from last season. Senior guard Matt McQuaid and junior guard Kyle Ahrens are also having their best seasons after having an injury-free offseason to develop after various ailments stunted their careers. Forward Xavier Tillman has gone from being a seldom-used freshman to a key sophomore, averaging 8.5 points and 7.9 rebounds.

"Last year, we depended on Miles and depended on Jaren," Tillman said. "We depended on our older guys and our more talented guys. This year, new guys are just stepping up. It's really just a different team."

Izzo said January will be a "critical" month for his team in part because it will end the month with four out of five games on the road after hosting Purdue (9-5, 2-1) on Tuesday night.

The Boilermakers are led by junior guard Carsen Edwards, who is averaging 25.5 and ranks among the nation's leading scorers.

"Carson Edwards can score from the locker room," Izzo said. "We're not going to stop him. Two teams have held him under 20. We need to make him work for every shot."

The Spartans may have to play the rest of this week, including at Penn State on Sunday, without one of their best players. They also potentially will be without his replacement against Purdue.

Langford, who averages 15 points, has missed two games with an ankle injury and Izzo ruled him out against the Boilermakers and didn't sound as if he expected him to play the Nittany Lions.

"He's still continuing treatment and rest and we're going to see where that takes us in a week or so," Izzo said. "There was some encouraging news, it doesn't look like there's long-range problems. But it all depends on the treatment and how he responds."

Izzo said Ahrens, who started in Langford's place the previous two games, has also been slowed by an ankle injury.

"We didn't have a tough practice because I'm trying to use my head over my heart," Izzo said.