No. 6 Nevada romps past Utah State 72-49 to remain unbeaten 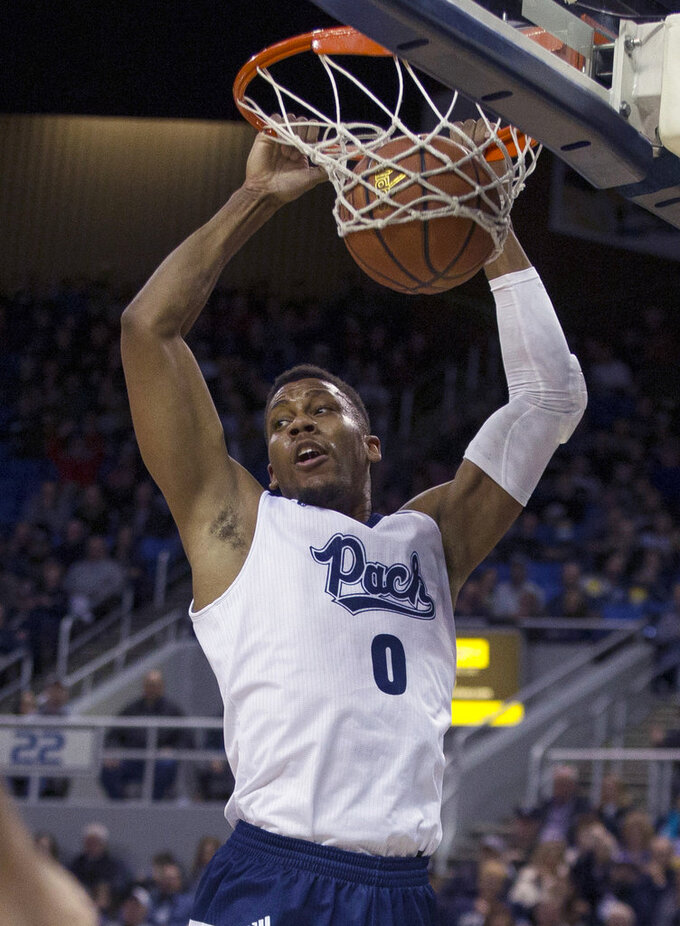 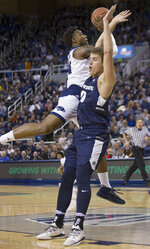 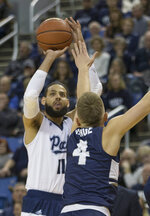 RENO, Nev. (AP) — The last time Nevada won its first 14 games in a season, the Wolf Pack played in the Far Western Conference and Harry S. Truman was president.

Jordan Caroline scored 15 points and No. 6 Nevada matched a school record set in 1951-52 by beating Utah State 72-49 on Wednesday night.

"I didn't think we were excited to play against South Dakota State and I didn't think we were excited to play Akron," Nevada coach Eric Musselman said of his team's non-conference home games in December. "I thought we did enough to win those two games, but I didn't sense a kid, like, in the candy store that really wants to go play a basketball game. I thought at Utah (on Saturday) our energy ... we wanted to go play and we wanted to compete, and I think the same thing tonight."

Cody Martin and Tre'Shawn Thurman had 14 points apiece in the Mountain West Conference opener for the Wolf Pack (14-0, 1-0), one of four undefeated teams in the nation.

Nevada and Utah State compiled the two best records among Mountain West teams in non-conference play, but this one was no contest.

"That's probably the most Utah State has played zone the whole season combined," Musselman said. "I think right now people think that's the formula because Washington beat us in an exhibition game (91-73). We're a lot different team. The lineup has changed a lot since then."

Utah State coach Craig Smith acknowledged the Aggies had played zone on only five defensive possessions the entire season before implementing it throughout much of Wednesday's game.

Musselman and his players alluded to the Washington exhibition loss Oct. 21 multiple times as a watershed moment for a team that hasn't lost since on the way to equaling the best start in program history.

"I don't want to say too much, but that was hard for us," Thurman said. "To a lot of guys on this team, we are not undefeated."

Utah State: After winning 10 of their first 13 games with a 16.5 point differential (best in the MWC), Utah State dropped its league opener in a hostile environment against one of the nation's top teams. Utah State's last win against an AP Top 25 team came in the semifinals of the 2007 Western Athletic Conference Tournament against No. 15 Nevada.

Nevada: Held a 30-14 edge in the paint. ... Utah State held the sixth-biggest rebound differential in the country coming into the game, but the Aggies won only 44-43 on the boards. ... Utah State committed 20 turnovers that turned into 23 points for the Wolf Pack.

Utah State leads the all-time series 35-23 but has lost each of the last five games against Nevada.

The crowd of 11,224 was the 11th-largest in Nevada men's basketball history and the second-biggest this season.

Nevada: Faces one of its biggest conference tests Saturday at New Mexico.