No. 6 Nevada unbeaten no more with loss at New Mexico 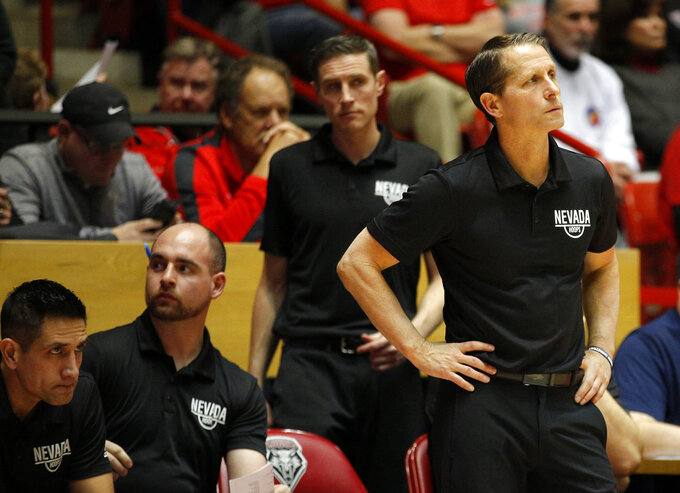 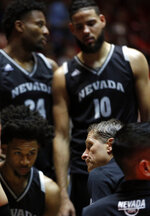 The number of unbeaten teams in college basketball is down to three.

No. 6 Nevada dropped from the ranks of the unbeaten with an 85-58 loss at New Mexico, leaving No. 2 Michigan, No. 4 Virginia and No. 19 Houston as the only teams with unblemished records.

New Mexico (8-6, 2-0 Mountain West) took control from the start Saturday night, building a double-digit lead and, this time, maintaining its advantage to send its fans storming onto the court. The Wolf Pack (14-1, 0-1) had matched the best start in program history.

"The one thing we've prided ourselves on was really competing until the end," Nevada coach Eric Musselman said. "We didn't play hard tonight. We splintered and we came apart. We have to regroup and try to play better next game."

Michigan (14-0, 3-0 Big Ten) continued its impressive follow-up to last year's national title-game run by rolling over Penn State 68-55. The Wolverines survived a big test on Sunday, knocking off No. 21 Indiana 74-63.

CYCLONES RISING: Iowa State coach Steve Prohm had to bide his time early in 2018-19 as the Cyclones opened the season with eight scholarship players due to injuries.

Now that the Cyclones are finally healthy, they're showing what they can do.

SPARTAN STRONG: No. 8 Michigan State picked up a few quality wins early in the season, with its only losses coming against Kansas and Louisville.

The Spartans (13-2, 4-0 Big Ten) picked up their best win yet, knocking off No. 14 Ohio State 86-77 despite being without injured guard Joshua Langford. Michigan State has won eight straight heading into Tuesday's game against Purdue.

WINNING WOLFPACK: North Carolina State has been one of college basketball's biggest surprises so far this season.

N.C. State won its lone game this week, holding off Miami 87-82, and its only loss was to then-No. 22 Wisconsin in Madison.

The Wolfpack face a huge test on Tuesday, playing No. 15 North Carolina.

STREAKING HOKIES: Another ACC team is off to its best start in years: No. 10 Virginia Tech.

The Hokies have a shot at their highest ranking ever (No. 8) on Monday after Kansas, Nevada and Florida State lost.

ZION'S DUNK: Duke freshman Zion Williamson seems to have two or three highlight-reel dunks a game. He may have outdone himself against Clemson on Saturday.

After poking the ball free near midcourt, Williamson launched 360 degrees in the air, cocked his arm back and had his eyes nearly even with the rim as he threw down a thunderous. The dunk brought the Cameron Crazies and some of Williamson's teammates off their feet — maybe even a few fans from their couches.

POLL CHANGES: The bottom half of the AP Top 25 could see some changes in Monday's poll.

No. 24 Nebraska, which moved back into the poll last week, lost to unranked Maryland and could fall out. So could No. 25 Iowa after losing by 16 to Purdue.

No. 23 Oklahoma lost to No. 5 Kansas, but bounced back with a win over rival Oklahoma State, so the Sooners may hold steady.

Defending national champion Villanova could move back into the poll after beating Providence on Saturday.

This story has been corrected to show that Villanova beat Providence, not Seton Hall, on Saturday.