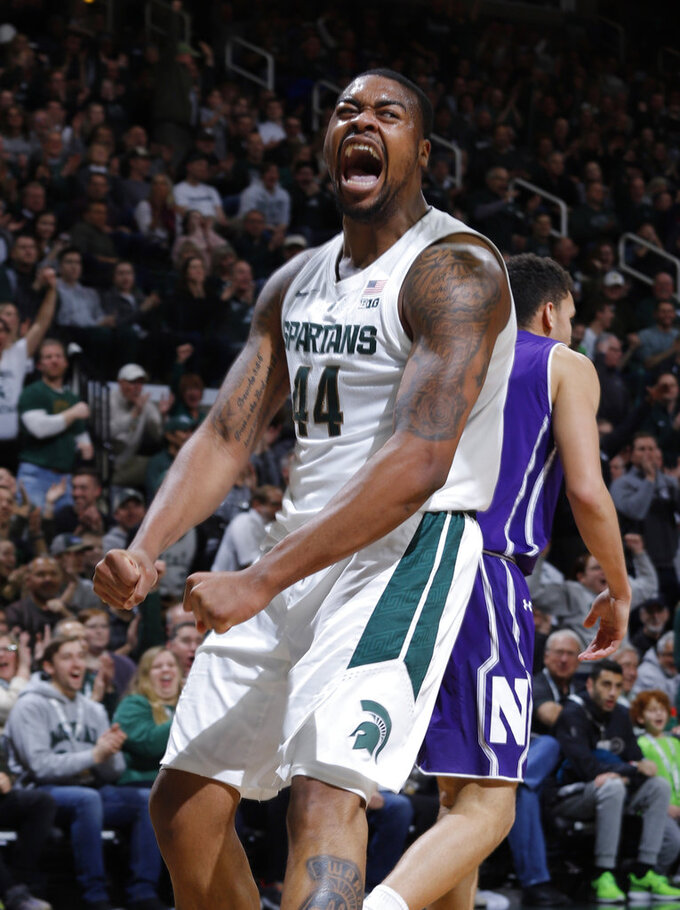 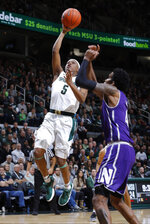 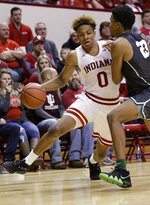 GAME OF THE WEEKEND: No. 8 Michigan State at No. 14 Ohio State. The Spartans (12-2, 3-0) have won seven in a row after beating Northwestern on Wednesday night. Coach Tom Izzo has a veteran club and team leader Cassius Winston is playing his best ball. Joshua Langford missed the Northwestern game with an ankle injury, and his status for Saturday wasn't known. This is a measuring-stick game for the Buckeyes (12-1, 2-0), who were picked eighth in the preseason media poll and have only been stressed in one game the last month. Two of the top big men in the league square off in the Spartans' Nick Ward and OSU's Kaleb Wesson.

LOOKING AHEAD: No. 24 Nebraska has been in and out of the AP Top 25 after finishing fourth in the Big Ten and not getting picked for the NCAA Tournament. The Huskers (11-3, 1-2) believe they haven't gotten the respect they deserve this season, but their historic lack of sustained success has voters in wait-and-see mode. A road loss to a young Maryland team on Wednesday night didn't help their cause, and two of the next three are on the road.

PLAYER TO WATCH: Catch Romeo Langford while you can. He projects to be a one-and-done at Indiana. Langford is averaging a team-best 17.5 points per game — tops in the Big Ten among freshmen — as the Hoosiers begin an extremely challenging January schedule. His 62-percent shooting on 2-pointers ranks second among Big Ten guards. Watch out when he starts shooting 3s better than his current 21-percent clip.

INSIDE THE NUMBERS: No. 2 Michigan (13-0, 2-0) has won 27 of its last 28, with the loss being the 2018 national championship game against Villanova. Of the 27 wins, 19 have been by 10 points or more. ... Purdue's Carsen Edwards is averaging 30.3 points and 2.8 assists while hitting 18 of 41 3-pointers over the last four games. ... Iowa's Tyler Cook has scored 15 or more points in each of his last seven outings. Cook is the third player in the nine-year Fran McCaffery era to total 15-plus points and 5-plus rebounds in seven straight games. ... Minnesota's Daniel Oturu has three straight double-doubles heading into Thursday's game against Wisconsin.