No. 9 Duke looks to improve its record at Syracuse 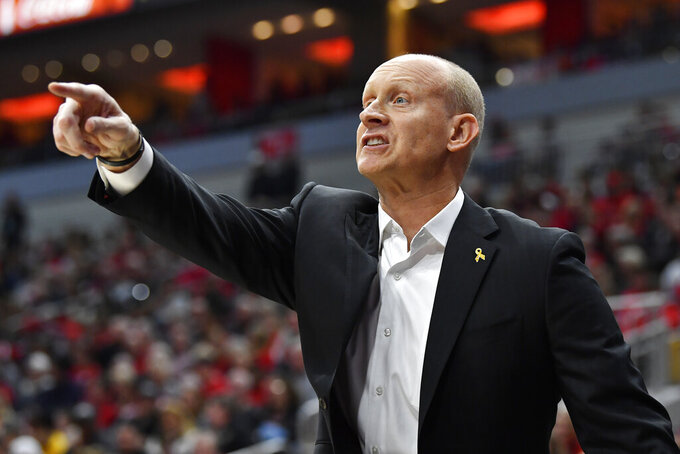 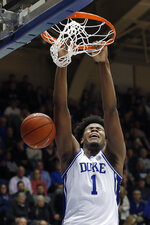 COLUMBIA, S.C. (AP) — A look at the upcoming week around the Atlantic Coast Conference:

No. 9 Duke at Syracuse. The Blue Devils (17-3, 7-2) have had their share of struggles when they play at the Carrier Dome since the Orange joined the ACC, splitting four visits to Upstate New York. Duke won 75-65 there a year ago, avenging Syracuse's 95-91 victory at Cameron Indoor. Syracuse has won a couple of landmark meetings there, first in in 2014 which was the first game between the schools as ACC colleagues. The unranked Orange also won in 2017, 78-75, when Duke was No. 7 nationally. Duke's only loss away from home this year (it is 7-1 on the road this season) came at Clemson, 79-72, two weeks ago. Syracuse saw its five-game win streak this season end against the Tigers on the road, 71-70, this past Tuesday night.

Duke is not the only ACC heavyweight that has to hit the road this week. No. 5 Florida State (17-3, 7-2) is going to Virginia Tech while No. 6 Louisville (18-3, 9-1), currently first in the conference, heads to North Carolina State. Both games take place Saturday. All the Seminoles' losses this season have come away from home, including Tuesday night's 61-56 loss at defending national champion Virginia that ended their 10-game win streak. Louisville's has won its four ACC road games so far, including an impressive 79-73 win at Duke two weeks ago.

North Carolina State’s one-time leading scorer is struggling. Wolfpack senior C.J. Bryce has gone scoreless the past two games, missing 12 straight shots as his team lost to Georgia Tech and North Carolina — the first time all season North Carolina State has dropped consecutive games. The puzzling run comes after Bryce hit a game-winning basket with 27 seconds left in the Wolfpack's 53-51 win at Virginia on Jan. 20. Bryce says he's healthy, just off the mark. “I've just got to get back going," he said after the North Carolina loss. “The shots that I usually make, they're just not coming right now."

Fans watching ACC games are likely to get treated to contest that goes down to the wire. The league says that 42 of 71 conference games played through Jan. 28 have been decided by single digits (59.2%). The conference said 27 of those have been determined by 5 points or less.

Wes Moore will certainly reach his fifth 20-win season in seven years with No. 7 North Carolina State (19-1, 8-1). That's the most for any Wolfpack coach since the late Kay Yow won 20 or more games 21 times during her 34 years with the school. Moore's Wolfpack try to keep pace with league leader No. 5 Louisville with a three-game road swing the next week.