No. 9 Tar Heels add Anthony at helm an overhauled offense 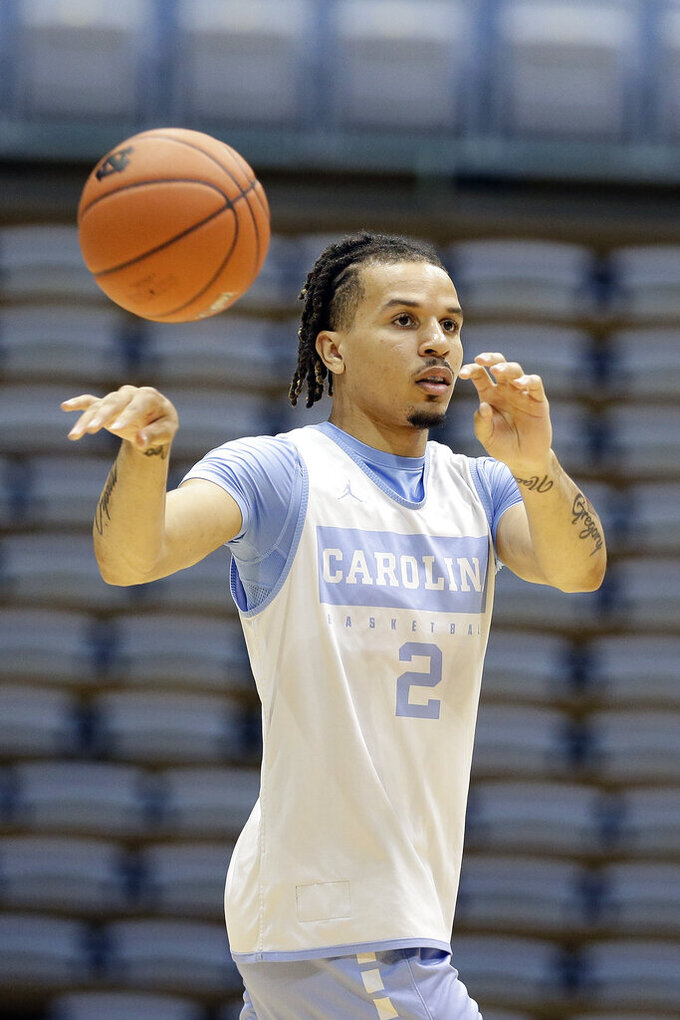 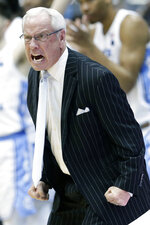 The ninth-ranked Tar Heels must replace their top five scorers, including three first-round NBA draft picks. That's created a significant overhaul to the rotation, and it starts with Anthony at the point of Roy Williams' fast-paced offense.

"It's a process," Anthony said. "I'm not coming in here expecting (Williams) to just give me the keys from Day One. I'm going to try to work — no, I'm not going to try, I'm going to work as hard as I can in practice every single day and hopefully he gives me that right."

The 6-foot-3, 190-pound Anthony is the son of former UNLV and NBA point guard Greg Anthony. He was the nation's No. 4 recruit according to 247sports.com, then was named most valuable player of the McDonald's All-American game then shared MVP honors in the Jordan Brand Classic.

He's widely regarded as a high lottery pick if he bolts for the NBA after a year, and he's taking over for Coby White — who made a rapid rise in his lone season to become the No. 7 overall pick in the June draft.

"He's a different point guard," Williams said of Anthony. "Coby was more of a scoring point guard, which I'm OK with. ... Cole can score, but Cole is more of a quarterback there. He's trying to get other people the ball in that situation."

Williams said he thinks UNC could be a good defensive team that will have to figure out how to replace the scoring lost when White, Cameron Johnson and Nassir Little left departed as first-round picks along with seniors Luke Maye and Kenny Williams.

Anthony's presence, at least, provides some major upside at the helm of a team picked to finish second in the Atlantic Coast Conference.

"He's one of the best players in the country already," junior big man Garrison Brooks said, "and he hasn't played a game. I think that's a lot to say. I believe in him."

The Tar Heels went an unusual route by bringing in graduate transfers Christian Keeling and Justin Pierce after adding just two through Williams' first 16 seasons at his alma mater.

The 6-3 Keeling led Charleston Southern with 18.7 points and 6.9 rebounds while shooting 38% from 3-point range, while the 6-7 Pierce averaged 14.9 points and 8.9 rebounds at William & Mary with the ability to step outside, too.

The Tar Heels haven't had the size to consistently use the two-post approach that Williams prefers since losing Kennedy Meeks and Isaiah Hicks from the 2017 NCAA championship squad, but that could change.

The 6-9 Brooks returns after serving as a reliable rebounder and interior defender, while the Tar Heels added 6-10, 232-pound McDonald's All-American Armando Bacot.

"That's what they recruited me in here for, just to come and be able to play the 5 and 4 spot — and being able to play them with Garrison," Bacot said, adding: "We can feed off each other, regardless if I'm down low or up top or vice versa."

So where will the outside shooting come from?

Johnson made 45.7% of 3s last year to rank seventh nationally, while White, Maye and Williams all could stretch a defense. Senior Brandon Robinson is back after shooting 46% (23 of 50) in limited reserve work but no returning player made more than five 3s last year.

The Tar Heels have early injury concerns with junior big man Sterling Manley, and freshman guards Anthony Harris and Jeremiah Francis dealing with knee injuries — all of which could hinder their depth.

Manley has continued to have knee soreness despite having an offseason procedure after missing significant time last year. Harris and Francis both had significant knee injuries in high school.

The Tar Heels open Nov. 6 at home against Notre Dame as the ACC moves to a 20-game conference schedule.

The nonconference schedule includes a home date with No. 18 Ohio State (Dec. 4) in the ACC/Big Ten Challenge and a trip to No. 8 Gonzaga (Dec. 18) in the return game of a home-and-home series.

The Tar Heels also play in the Battle 4 Atlantis tournament in the Bahamas over Thanksgiving, part of a strong field that includes Gonzaga, No. 12 Seton Hall and No. 15 Oregon.