Nolley, Hokies too much for S. Carolina Upstate in 80-57 win 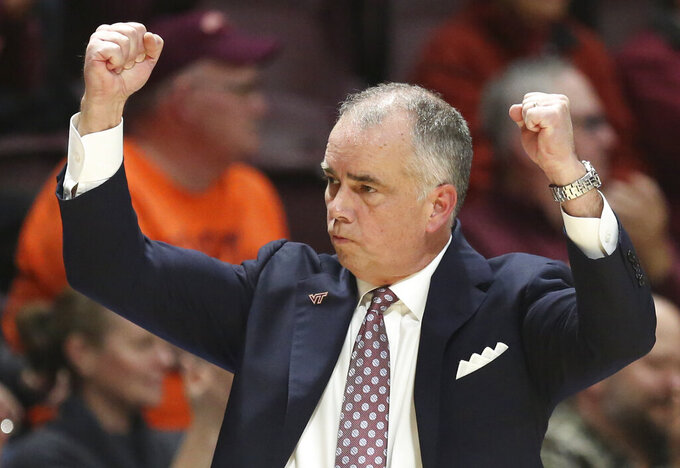 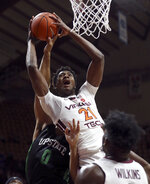 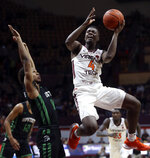 BLACKSBURG, Va. (AP) — Through three games, Landers Nolley II has taken more than twice as many shots as any player on Virginia Tech’s roster.

And Virginia Tech head coach Mike Young is unapologetic about that.

“Your better players are going to get the majority of the shots,” he said. “This isn’t a democracy. This isn’t we’re all created equal.”

Nolley gets the most shots because he makes the most, and he continued that trend Wednesday. The redshirt freshman scored 23 points to lift the Hokies to an 80-57 victory over USC Upstate.

Nolley scored 14 of his 23 points in the second half, atoning for a subpar game Friday against Coppin State when he scored just 11 and made 3 of 10. But Young knows what he has in his rising star, and he never once considered telling Nolley to dial it back.

“Those good ones, they love playing for me because we get them to where they want to be. … he’s got a little more of a green light than the others,” Young said. “That’s just the way it’s going to be.”

Virginia Tech trailed early against USC Upstate, falling behind 16-11, but the Hokies' Nahiem Alleyne hit baskets on back-to-back possessions, including a 3-pointer, and he sparked a 20-4 run that gave Virginia Tech the lead for good.

“Our defense is everything,” Nolley said. “Our defense helps us go down to the other end and have good offense. So, we just feed off our defense, and that’s what makes us run. That makes our team flow."

The Spartans, who missed all 15 of their 3-point attempts in the first 20 minutes and 17 straight to start the game, cut the lead to nine on two occasions in the second half — the final time coming on two free throws by Hammond with 11:18 remaining. But the Hokies then went on a 10-0 run and ended any hopes of a comeback.

“They made shots, and we didn’t,” USC Upstate coach Dave Dickerson said. “That’s the bottom line. We were 3 for 25 from the 3-point line, and 23 of those were really, good shots that we’ve got to take, and we’ve got to be able to make. … they’re a 3-point shooting team, and they made 13 tonight. We were not able to make any, and that was the difference in the game.”

USC Upstate: The Spartans, whose roster consists of 12 freshmen and sophomores, would do well to shoot fewer 3-pointers. They came into the game shooting 28.9% from beyond the arc and then missed their first 17 3-pointers against the Hokies. They'll need better shot selection if they want to improve on their six-win total from last year.

Virginia Tech: Cone, a freshman played his best game, coming off the bench to score 11 points, hitting three 3-pointers. He and the Hokies' other freshman guard, Hunter Cattoor, combined for 20 points. Virginia Tech doesn’t have a deep bench and will need to get more from both players going forward.

REBOUNDING A NEGATIVE FOR TECH

For the first time this season, Virginia Tech was out-rebounded — USC Upstate won the battle of the boards, 33-31. Though bigger than the Spartans, the Hokies lack size, and they gave up 10 offensive rebounds Wednesday, including eight in the first half.

“We may have mentioned that at halftime,” Young said. “We may have said some things that my mom would not be real proud of. … I thought we did a better job in the second half, but if we expect to win a number of games, needless to say, we’re going to have to do a better job in that regard.”

USC Upstate: The Spartans returns to the court Monday at Akron.

Virginia Tech: The Hokies play at home against Lehigh on Saturday.