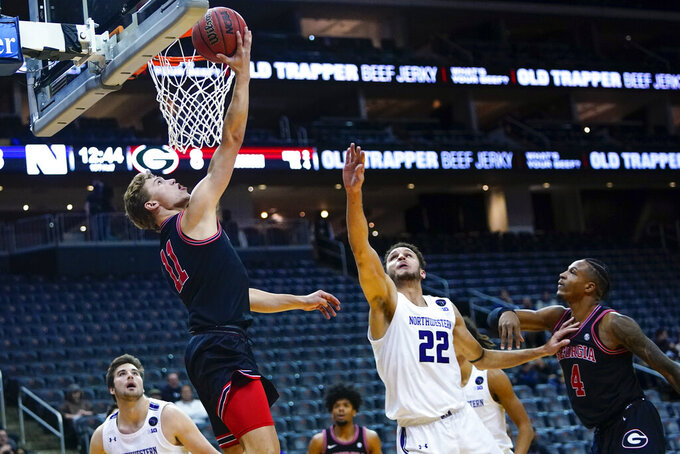 Northwestern led by as many as 24 points in the second half. Georgia got it within 11 points twice in the final five minutes but the Wildcats kept their double-digit advantage throughout the second half.

Pete Nance had 14 points and nine rebounds, and Ty Berry scored 10 points for Northwestern (5-1). Buie, coming off a career-high 23 points in a loss to Providence, was 8 of 21 from the field.

Ryan Greer highlighted the first half with a steal and heave at midcourt that banked in to give Northwestern a 43-23 lead. The Wildcats made eight 3-pointers in the first half, while Georgia was 1 of 12.

Georgia topped it first-half scoring total in the opening 10 minutes of the second half. The Bulldogs made 11 of 18 shots to start the second half after going 6 for 26 in the entire first half.