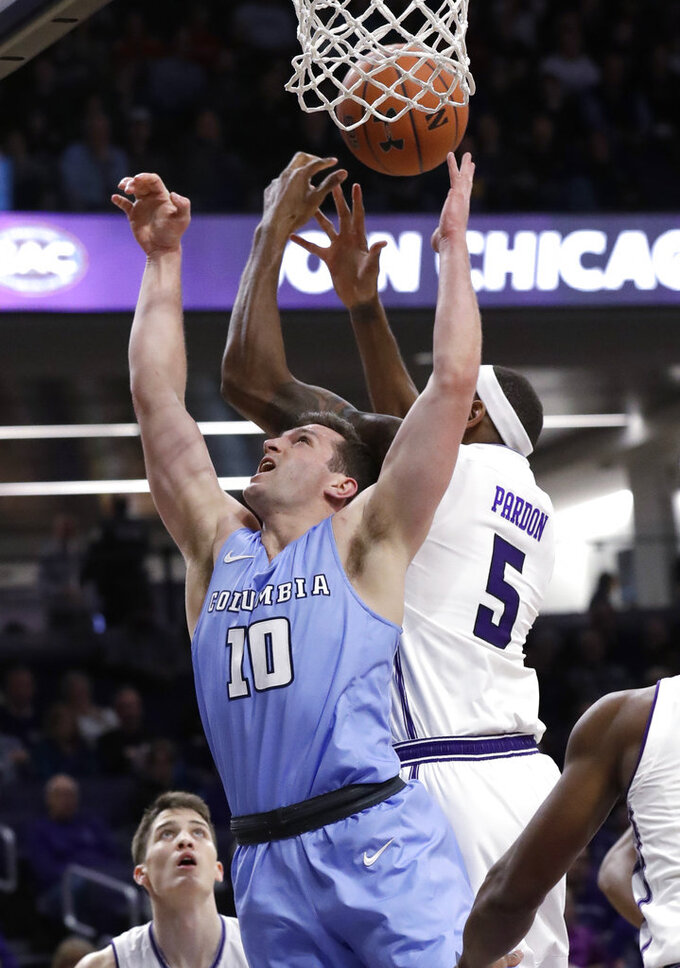 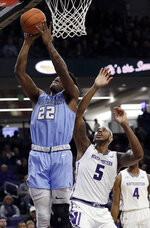 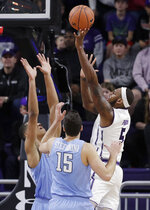 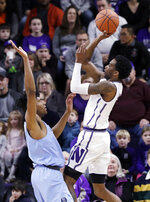 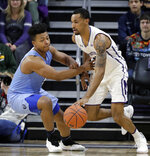 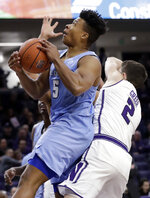 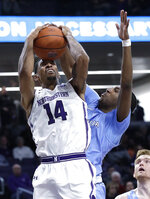 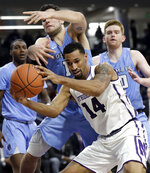 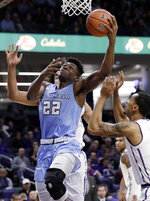 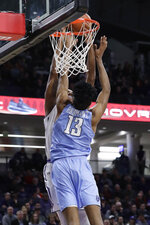 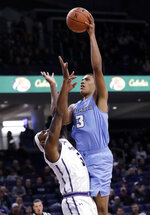 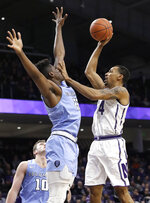 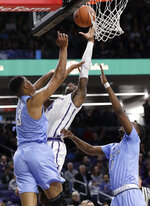 Coach Chris Collins, though, had no such expectations.

Dererk Pardon had 12 points and 10 rebounds despite first-half foul trouble for Northwestern, which has won three of four.

"I was really proud of the guys," Collins said. "It's never easy coming off the holiday break. Everybody goes home for a few days. You kind of let your foot off the gas pedal, and rightfully so. You spend some time with family.

"This posed a really tough test for us. I thought our defense, for the most part, was on point all night."

The senior kept it close until his teammates could gather their footing.

"That's what he's kind of done all year," Collins said of Law. "He's been our guy. He's really led us. I thought he hit some big shots, kind of took the lid off the hole."

The Lions entered averaging 10 3-pointers, but were held to 5-for-16 (31 percent) shooting behind the arc, including 3 of 13 in the second half.

"I think they did a really good job taking us off the 3-point line," Columbia coach Jim Engles said. "You could tell when we ran our offense, they wouldn't help off guys."

The Wildcats hadn't played since a 76-69 overtime loss against Oklahoma on Dec. 21 and were obviously rusty at the start. They were just 4 of 16 from the field as Columbia built a 16-12 lead with just over eight minutes left in the first half.

Law put Northwestern on top to stay with a 3-pointer for a 21-18 lead with five minutes remaining. That began a run of seven straight points and the Wildcats took a 37-29 halftime edge.

Taylor opened the second-half scoring with a 3-pointer to build the advantage to double digits, 40-29, for the first time.

The lead was 51-34 a few minutes later before Columbia scored five straight to pull within 51-39. Northwestern, though, answered with five quick points — on a 3-pointer by Pete Nance and a layup by Law — to make 56-39 with 11½ minutes to go.

The closest Columbia got after that was 12 points.

Columbia: This was the Lions' second straight road game against a Big Ten team and they were competitive in each. They lost 68-65 in overtime at Rutgers last week. The schedule eases up from here so there should be more opportunities to rack up wins. "We're definitely gaining some confidence, so it'll be good for us going into league in the next couple of weeks," Engles said.

Northwestern: With a pair of two-point loses against Indiana and Michigan in the first two league games played in early December, the Wildcats don't have much margin for error because the Big Ten should be one of the tougher leagues in the country. "We're in a small hole," Collins said. "There's 20 games now. We would have liked to have split, especially with the difficulty of playing at Indiana and then playing Michigan, which may be the best team in the country. We've got a lot of basketball left to be played. We can't panic."