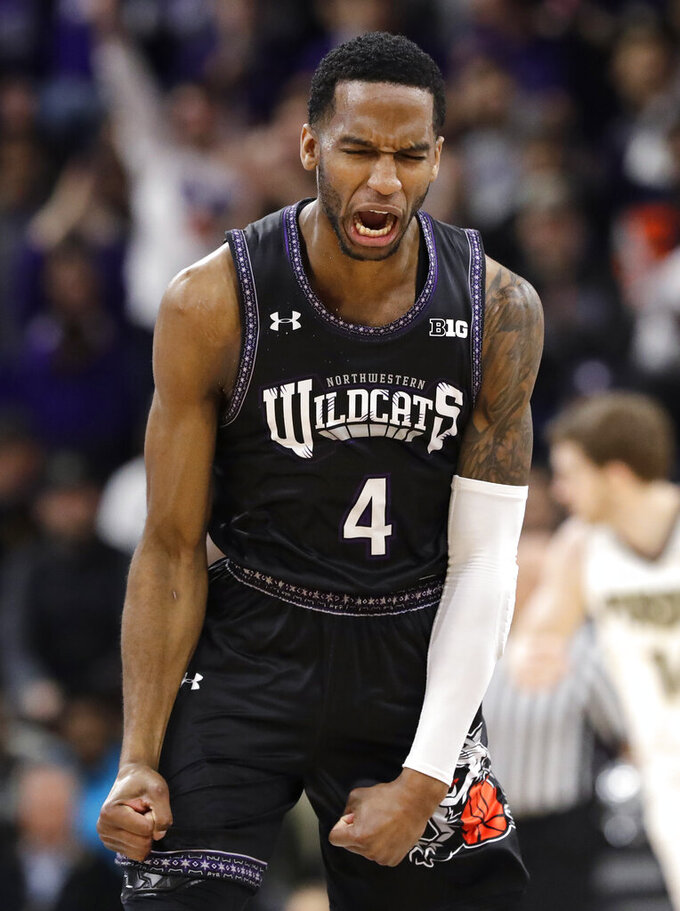 Northwestern forward Vic Law reacts after he made a three-point basket during the first half of an NCAA college basketball game against Purdue, Saturday, March 9, 2019, in Evanston, Ill. (AP Photo/Nam Y. Huh)

EVANSTON, Ill. (AP) — Northwestern guard Vic Law has been carried off the court after suffering an apparent leg injury against No. 11 Purdue.

Law collided with Purdue's Carsen Edwards toward the top of the key near the Northwestern basket in the second half on Saturday.

Law appeared to be clutching his right leg and pounded the court in pain. He was tended to for several minutes before being carried off the court.

Law came in leading the team in scoring at 15.1 points per game. He missed the 2015-16 season because of a torn labrum in his left shoulder.