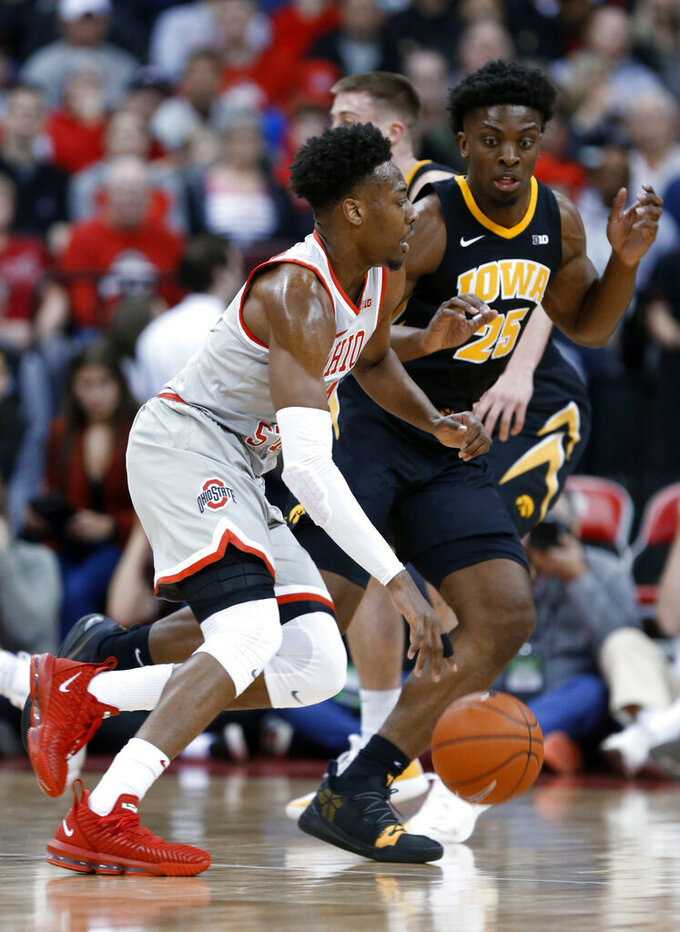 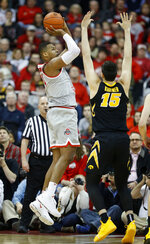 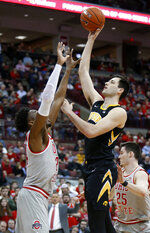 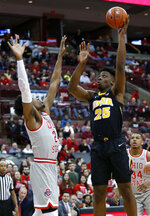 Had Ahrens not played against Iowa on Tuesday night, the Buckeyes would not have pulled off a potentially season-changing win.

"I hadn't played all year, so they probably didn't have the scouting report," Ahrens said. "I'm going to keep working and doing what I can do to help this team win."

Ohio State coach Chris Holtmann noticed Ahrens was "invested" on the bench during the team's Feb. 20 win over Northwestern. He then started Ahrens in the team's loss at No. 24 Maryland on Saturday.

Ahrens had nine points against the Terrapins and came into the game against Iowa with 38 points scored in 18 appearances. But he ended up hitting 7 of 11 shots from the floor and all nine of his free throws to help the Buckeyes bag their first win over a ranked opponent in five tries this season.

"I just tried to bring some energy to our team," Ahrens said. "I think there is something special about our group."

"It was a fun night for our guys," Holtmann said. "I love seeing our guys play with that level of joy and happiness. We have tremendous respect for Iowa and how hard they are to stop. We felt like if we couldn't score the ball tonight it would be hard for us to win."

"Give them some credit," Iowa coach Fran McCaffery said. "They obviously shot the ball pretty well. We didn't rebound very well. It's hard to go on the road and have that happen."

"Man, it was just great," Kaleb Wesson said of Ahrens' breakout performance. "You see him putting up extra shots after every practice. You see it pay off. It's great to see that kind of stuff."

Ahrens' 29-point game is tied for the sixth most by a freshman in Ohio State history, while his six made 3s are tied for the most by a Buckeyes freshman.

The first half was played fairly evenly with seven ties and three lead changes. OSU's C.J. Jackson splashed a 3-pointer in the final minute to stake his team to a 36-33 halftime advantage.

There were swings each way as Iowa's Jordan Bohannon produced four points on a possession after OSU's Holtmann was assessed a technical foul. Ahrens also had a four-point play as Iowa's Nicholas Baer was hit with a flagrant foul for grabbing him on a drive attempt.

Tempers flared in the second half as McCaffery and his son, Iowa freshman Connor McCaffery, were hit with technical fouls.

Ohio State: The Buckeyes came into the game on the NCAA Tournament bubble and badly needed the win over a ranked team. They still have two more games against ranked opponents, visiting No. 14 Purdue Saturday and hosting No. 19 Wisconsin on March 10.

Iowa: The Hawkeyes had won five of six heading into the game but couldn't overcome Ahrens and the Buckeyes. Still, most projections have Iowa safely in the NCAA field of 68.

Ohio State: At No. 14 Purdue on Saturday.