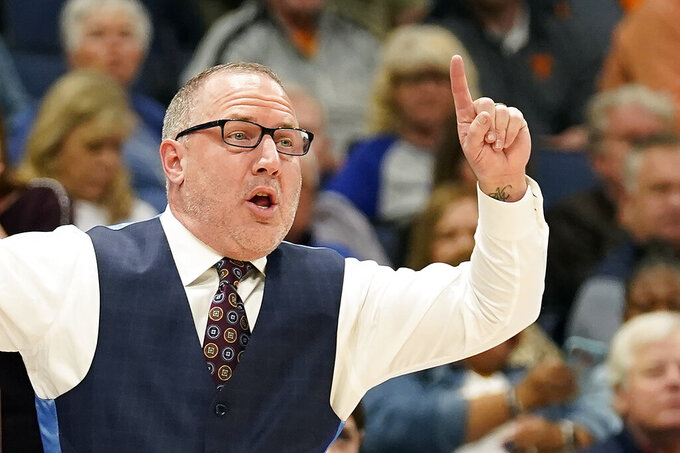 Virginia (19-13), which won its first national title in 2019, will host Mississippi State (18-15) in what could be the last game for Bulldogs coach Ben Howland, whose future with the program beyond the NIT is in doubt.

Howland is 134-97 in seven seasons at Mississippi State, with one NCAA Tournament appearance.

Florida (19-13), which won back-to-back national titles in 2006 and 2007, will face Iona (25-7) and coach Rick Pitino, who guided Kentucky to the national championship in 1996. Pitino also won a national title with Louisville in 2013, but the NCAA later vacated that result because of an escort sex scandal investigated during that period.

Dayton (23-10) will play at Toledo despite its top seeding because its arena hosts NCAA Tournament play-in games on Tuesday and Wednesday. The Flyers are making their 27th appearance in the field, most among 2022 invitees.

Only the top half of the 32-team field was seeded. The bottom 16 were placed in brackets as close to their area of natural interest as possible.

First-round games will be played March 15-16 and the second round from March 19-20. The tournament then moves to Madison Square Garden in New York for the semifinals on March 29 and the championship on March 31.