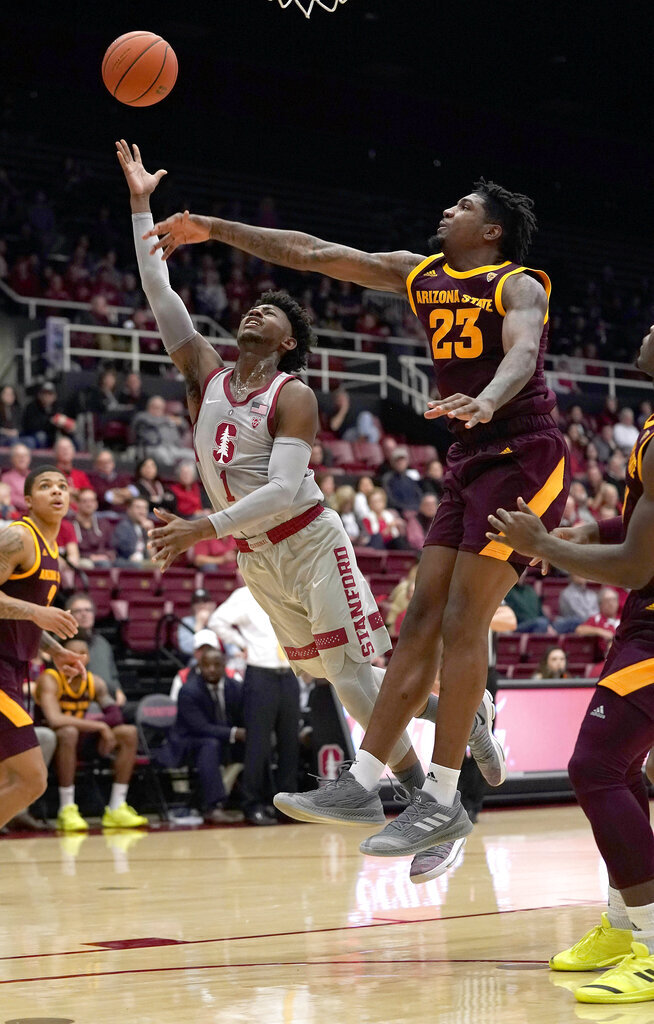 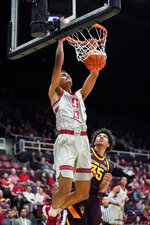 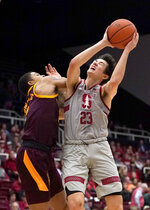 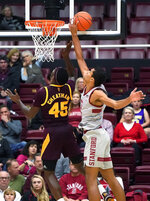 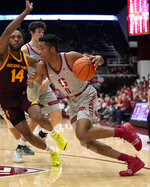 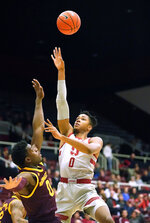 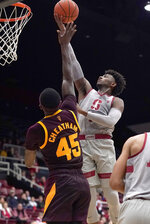 "He was awesome," Stanford coach Jerod Haase said of da Silva. "He has to be one of the guys who play at a high level. I'd like to see Oscar play like that more consistently."

Daejon Davis added 13 points and nine assists for the Cardinal (8-8, 1-3 Pac-12 Conference), which has won seven of eight at home against the Sun Devils.

Da Silva scored 14 of his 21 points and had seven of his 10 rebounds in the first half.

The Cardinal scored the first 12 points of the second half, opening a 52-38 advantage. The Sun Devils were held scoreless the first 5:27.

"I found the flow early and my teammates were finding me for a lot of open shots," da Silva said. "When I'm open, I'll shoot."

Arizona State cut the lead to five points midway through the second half when Kimani Lawrence grabbed an offensive rebound and laid it back in.

"We did everything to start the half that we can't afford to do," ASU coach Bobby Hurley said. "It's a lack of execution. We turned the ball over, in general terms, 19 times, which is way over our season numbers. They played a lot of zone and some man and didn't force us to do much. But going 6 for 17 from the foul line . . . there's a lot of things on offense that you could point to that didn't help us. On the road, you can't play that way."

That was as close as the Sun Devils came the rest of the way as Stanford went on another run and led by double-digits over the final nine minutes.

"When you don't turn the ball over, good things happen," Haase said. "This past month has been good in terms of practice. Today it carried over. The competitiveness was good and the execution of the game plan was good."

Stanford went on an early 10-0 run to go up 10-2 less than five minutes before the first half settled into a back-and-forth contest with 11 lead changes. The game was tied on 18 other occasions.

The Cardinal took a 40-38 advantage into halftime.

Arizona State last swept its two-game Bay Area trip in 1991-92. ... Rob Edwards, who scored 909 points with Cleveland State, surpassed the 1,000 point milestone with his first basket of the game. ... Under Bobby Hurley, the Sun Devils have won 18 times when trailing at the half. That happened 12 times in the previous five years. ... Dort continues an impressive freshman season, reaching double figures in scoring for the 15th time in 16 games. His 16 points were the most since a 24-point outburst against Nevada on Dec. 7.

Stanford head volleyball coach Kevin Hambly, who guided the Cardinal to the NCAA championship in December, was named the honorary captain for the game and members of the team were honored at halftime. Stanford has won 118 NCAA titles, most in Division I. ... da Silva reached double figures in scoring for the sixth time after a four-game drought in which he was 9 of 28 from the field. Against the Sun Devils, he was 9 of 11.

Arizona State has a home game against Oregon State on Thursday.

Stanford travels to Seattle for a game against Washington on Thursday.