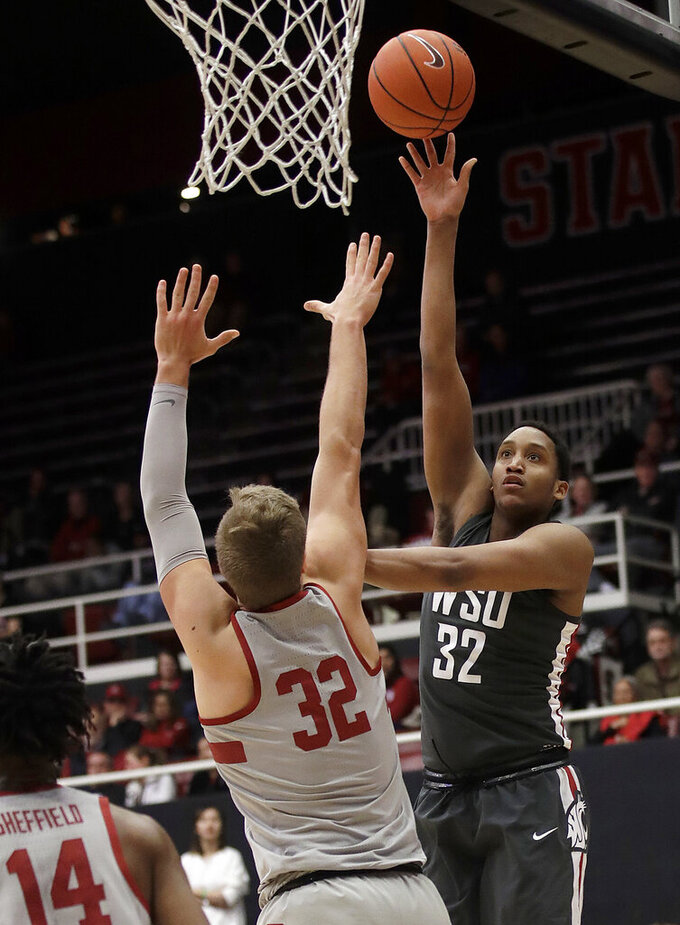 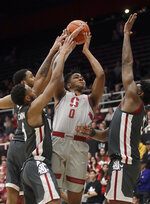 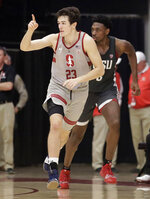 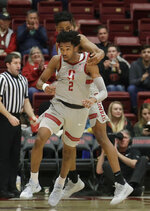 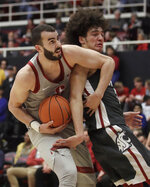 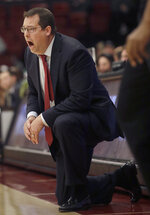 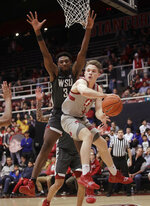 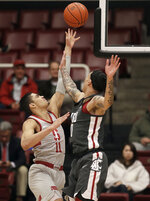 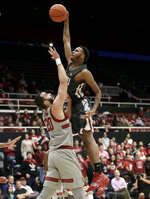 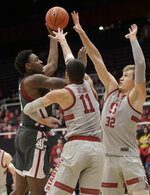 Davis injured his foot midway through the first half, going scoreless but with four assists in nine minutes. There was no update on his condition afterward.

Ryan and Isaac White each scored 14, Jaiden Delaire added 12 and Bryce Wills had 10 as Stanford extended its winning streak against the Cougars to six.

"I thought our energy level was off the charts," Stanford coach Jerod Haase said. "I loved our energy defensively."

CJ Elleby scored 14 of his team-high 16 points in the second half for the Cougars (11-17, 4-11), who lost their second straight after winning three of their previous four. Isaiah Wade added 14 points on 6-of-9 shooting. Robert Franks, Jr. added 11.

Washington State, which has not won at Stanford in eight years, made its first shot and then missed eight straight. The Cougars shot 23 percent in the first 20 minutes and just over 30 percent for the game.

Okpala scored 16 of his points in the first half and the Cardinal shot 56 percent from the field, which included 7 of 12 from long range.

"I made the right plays tonight," Okpala said. "We were all locked in with each other. We came out and did what we had to do."

Stanford used runs of 11-0 and 16-0 to turn the contest into an early blowout. The Cardinal led by 39 points with just over three minutes left in the opening half and settled for a 52-15 lead at intermission.

Elleby is enjoying one of the best freshman years in Washington State history. He needs to average about 10 points a game the rest of the season to become the Cougars' all-time freshman single-season leader. He passed Klay Thompson for second all-time against the Cardinal. Elleby also ranks third in rebounds and eighth in assists. ... In case you're wondering, Stanford beat the Cougars by 49 (94-45) during the 1998-99 season for the largest margin of victory in the series. ... Wade made his first four shots before missing. ... The Cougars missed 10 straight from long range to open the game. They were 4 of 19 overall.

Stanford's Okpala has reached double figures in scoring in 16 of the past 17 games. He reached 20-plus for the 15th time. ... Ryan hit at least four 3-pointers in a game for the seventh time in his 21 games. ... It was Stanford's largest conference win in 19 years and its largest overall in 12 years.