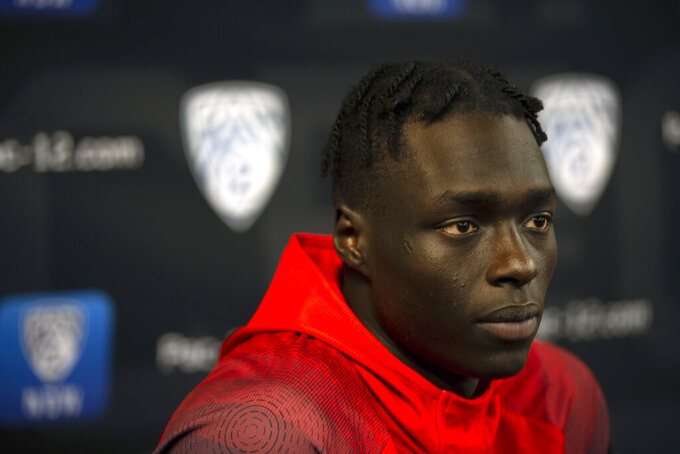 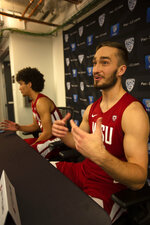 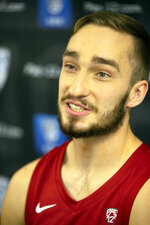 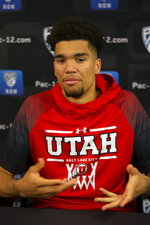 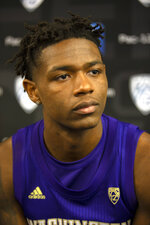 You can't miss him: He's 6-foot-9 and 240 pounds. Pollard realizes he could probably earn some money from his image and likeness — a hot topic at Pac-12 media day because of a new law that will allow student-athletes at California colleges to profit from use of their names starting in 2023.

Yet Pollard, someone first-year coach Kyle Smith jokes could be a mayoral candidate because he is so well-liked, is against college players being paid for signing autographs or taking part in community events.

"I think it's a good medium ground in terms of the argument of whether guys should get paid or not, because in my opinion I don't think athletes in college should outright get paid, but I think that's kind of where college athletics has its draw is the fact that it's not something you're getting compensated for," Pollard said Tuesday. "It is for the most part for the love of the game. Instead of playing for a paycheck you're playing for a school or an institution.

"I think there is some value in that. But I think there's fair arguments on both sides. There is a lot of money made by the student-athletes, so I think kind of finding that middle ground of name and image, likeness, I think that is a good middle ground to have where you kind of introduce that without taking away what makes college athletics so special."

Pac-12 Commissioner Larry Scott met with league coaches Tuesday morning and addressed the California law, which was signed last week by Gov. Gavin Newsom in the face of opposition from the NCAA. More states have since announced they will follow California's lead. Scott also briefed players on the issue.

"There's a great desire to figure it all out. The welfare of the student-athletes is always a high priority," Stanford coach Jerod Haase said. "Having said that, this is not a two-quote kind of conversation. The ramifications, no matter what decisions are made, it's going to be really interesting to how it plays out and I think every decision is going to have many ramifications that people don't know about, good and bad.

"It's a very complex issue, so I think it's one thing to talk philosophically — what you believe or don't believe — but then I think it's more important to talk practically as you really implement it and make decisions, what does it lead to? Those are the kind of conversations really smart people need to get in a room and try and foresee the future the best you can to make the appropriate decisions."

Other things to know about Pac-12 media day:

The Pac-12 is evaluating a few different models before it adds two additional conference games next season, expanding it from an 18-game schedule to 20 games. That means teams will only miss facing two opponents twice on the schedule rather than the current schedule of missing four teams. A decision on the format will come in the next couple of months, Scott said.

Reigning Pac-12 Tournament champion Oregon was favored to win the Pac-12 by the conference media with 291 points, barely edging second-place choice Colorado with 288 points — the best preseason ranking for the Buffaloes in their nine years as part of the Pac-12. Washington was picked third.

The Pac-12 announced a new Pac-12 Coast-to-Coast Challenge to begin next year featuring nonconference games to be played in Las Vegas. Three Pac-12 teams will take on non-league opponents at T-Mobile Arena. Other neutral sites would be used in other years. The 2020 lineup is set with Colorado against TCU, Washington vs. Oklahoma and Oregon against a Big 12 opponent still to be determined. Return games will go to American Airlines Center in Dallas for the 2021 event.

Arizona, Arizona State and USC are committed to play in the Challenge at Las Vegas in 2021.