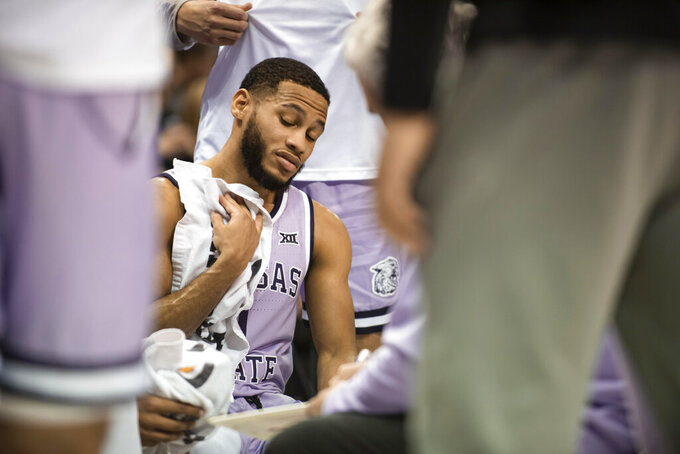 Kansas State guard Markquis Nowell (1) takes a breather during a timeout in the first half of the team's NCAA college basketball game against TCU in Fort Worth, Texas, Saturday, Feb. 5, 2022. (AP Photo/Emil Lippe)

Smith made a layup 95 seconds into the game to make it 4-2 and the Wildcats led the rest of the way. McGuirl hit a 3-pointer to stretch the lead to double figures with 7 minutes left in the first half. Smith made the second of two free throws to give Kansas State a 31-20 advantage about 3 minutes later.

Mike Miles, who leads TCU in scoring (15.4 per game) and assists (4.2), did not play. The sophomore guard reaggravated a right wrist injury during practice Friday and is considered day-to-day. MRI tests returned negative.

an hour ago
By Aaron Beard 6 hrs ago
By Richard J. Marcus 11 hrs ago
By Tommy Conmy 12 hrs ago
By Eric Olson 20 hrs ago