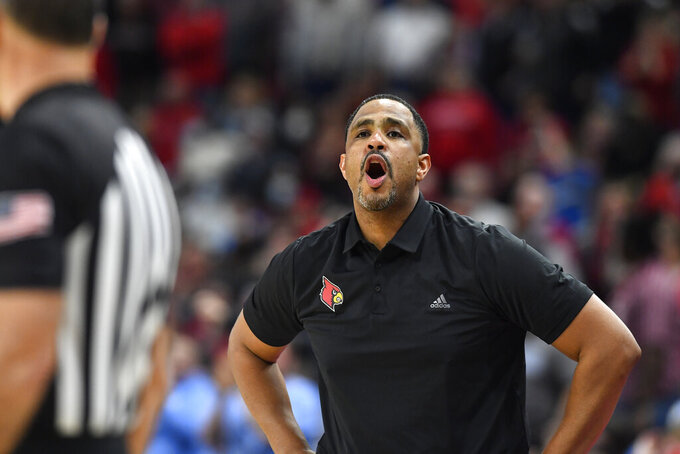 LOUISVILLE, Ky. (AP) — Louisville interim coach Mike Pegues says that leading scorer and rebounder Malik Williams will return to the team this week from suspension for not upholding program standards.

The fifth-year senior forward did not play against Syracuse or North Carolina following last week's suspension that Pegues announced on his radio show. Pegues said during Monday’s Atlantic Coast Conference coaches virtual teleconference he and Louisville interim athletic director Josh Heird met with Williams and his mother (via phone) and agreed to allow his return on the condition Williams “can be the guy we expect him to be on the court and in the locker room.”

“With the rank of being a captain, (comes) the responsibility of carrying yourself differently,” Pegues added. “And on the worst day being able to come in and be compliant, be competitive and bring energy and not drain energy from the jump. There was too much of that going on in my opinion, which created the situation in the first place where I felt like I had to suspend him.”