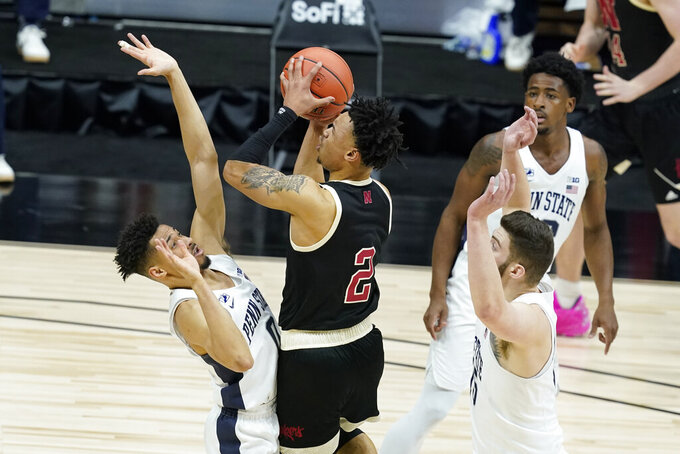 GAINESVILLE, Fla. (AP) — Penn State's leading scorer is heading to Florida and could be a huge help right away.

The 6-foot-3 Jones averaged 15.3 points last season and scored in double figures in all but two of the Nittany Lions' games. He closed the season with 10 consecutive games in double figures and finished as the Big Ten's 10th-highest scorer.

He chose Florida over Arkansas, LSU, Ole Miss and others. The Birmingham, Alabama native was the top prospect in the state in 2018. He landed at Penn State after de-committing from Memphis after Tubby Smith was fired.

He will have two years of eligibility remaining with the Gators.

The trio of transfers likely will give Florida a starting lineup that consists entirely of players who started their college careers elsewhere. Teams across the country are dealing with defections and rebuilds as players take advantage of lenient NCAA transfer rules and a portal that’s ballooned to about 1,200 guys seeking new places to play.

The core of Florida's current team includes three transfers: big man man Colin Castleton (Michigan), point guard Tyree Appleby (Cleveland State) and forward Anthony Duruji (Louisiana Tech). Castleton put his name in the NBA draft in hopes of getting feedback on ways to improve. He did not hire an agent and is expected to stay in school.

Florida turned to the portal again to replace six players who left the program following a second-round loss to Oral Roberts in the NCAA Tournament.