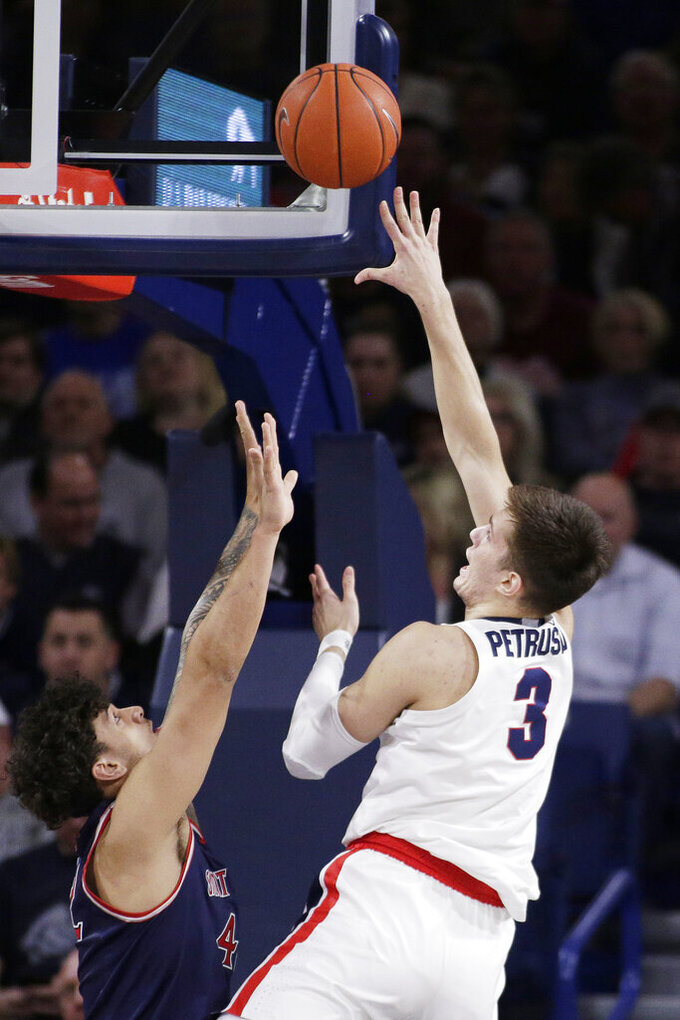 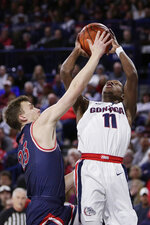 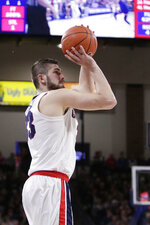 Jordan Ford scored 28 points and Malik Fitts 15 for Saint Mary's (24-7, 11-5), which earlier in February lost 90-60 at home to Gonzaga. It was the worst home loss for the Gaels under coach Randy Bennett.

The Zags are also hoping to be seeded first in the West so they can play the first two rounds of the NCAA Tournament at home.

Jock Perry came off the bench to score seven consecutive points for the Gaels as they took a 34-31 lead.

The game was tied at 34 at halftime. Ford led all scorers with 12 points in the first.

Kispert sank a pair of 3-pointers as Gonzaga took a 45-42 lead early in the second half. Kispert made another 3, his fourth, to extend Gonzaga's lead to 52-42.

Gonzaga made seven of its first 10 shots in the second.

The Gaels went six minutes without a field goal and the Zags outscored them 26-14 in the first 10 minutes of the second to build a 60-48 lead.

Saint Mary's scored seven straight points to cut Gonzaga's lead to 73-68 with 4:39 left. But the Gaels could get no closer as the teams traded baskets.

The Zags honored seniors Killian Tillie, Ryan Woolridge and Admon Gilder before the game. Tillie has contributed to a 96-9 record in his four seasons. Woolridge, a graduate transfer from North Texas, and Gilder, a grad transfer from Texas A&M, have made big contributions this year.

Former Gonzaga star Rui Hachimura, who now plays for the Washington Wizards of the NBA, attended the game and was introduced after the seniors.

Saint Mary's: Ford leads the WCC in scoring at 20.5 points per game and is tops in the nation in minutes played this season at 1,088. ... The Gaels have participated in six NCAA Tournaments and six NITs in the past 12 years ... The Gaels have clinched a No. 3 seed in the WCC Tournament.

Gonzaga: The Bulldogs have won 39 straight home games, the longest streak in the nation ... Gonzaga leads the country in scoring at 87.8 points per game, and has six players in double figures ... The Bulldogs have finished with two or fewer losses in the regular season seven times since the 2003-04 season, all under coach Mark Few.

Saint Mary's: advances to the WCC Tournament, where it upset Gonzaga in the title game last year.

Gonzaga: advances directly to the semifinals of the WCC Tournament on March 9.