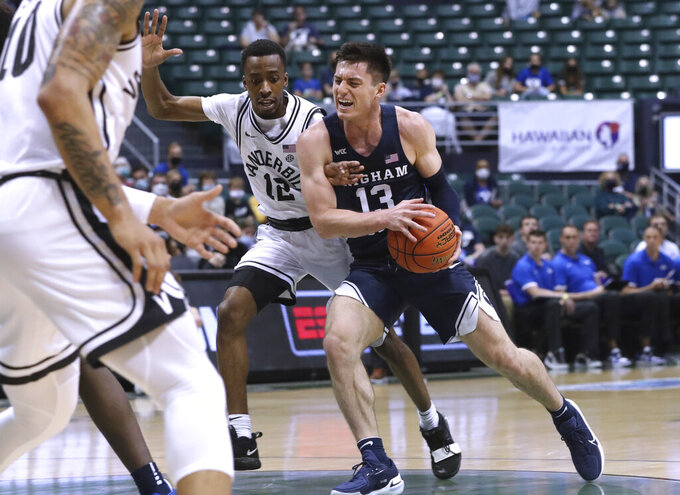 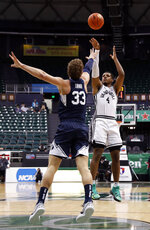 HONOLULU (AP) — Scotty Pippen Jr. scored the last 16 points for Vanderbilt over seven-plus minutes and the Commodores made a final charge to defeat BYU 69-67 in the semifinal round of the Diamond Head Classic on Thursday night.

BYU led for almost all of the first half but Wright opened the second with a one-man 8-2 run for Vanderbilt, propelling the Commodores into a 38-37 lead after back-to-back jumpers, a dunk a steal and two free throws.

But it was Pippen who took over. After a nearly eight-minute stint on the bench with a third foul, he reentered the game and scored all of Vandy's final 16 points in the last 7:21. At one stretch, Pippen scored five straight layups without a miss.

The second half saw 12 lead changes and five ties with the Cougars getting the ball after rebounding Pippen's first miss in six tries with 38 seconds left. Alex Barcello missed twice in the final eight seconds and Quentin Millora-Brown wrapped up the ball and the win for Vandy.

BYU lost for only the second time this season when leading at the half.

Barcello scored 15 to lead BYU, with Caleb Lohner and Spencer Johnson adding 11 each. Fousseyni Traore scored nine and pulled down a career-high 15 rebounds for BYU, which owned a 43-31 advantage on the boards.