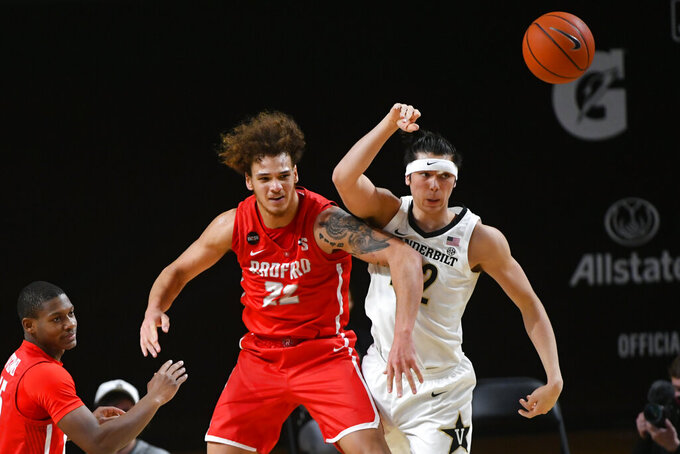 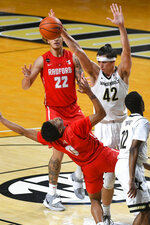 Vanderbilt (3-1) took the lead for good with about a minute left in the first half, and stretched it to 12 points midway through the second. The Commodores didn’t make a field goal for nearly six minutes, allowing Radford to pull to 52-48 with 2:24 remaining.

But Pippen hit his third 3-pointer with 1:24 left and added two free throws to end it.

Pippen was 8 of 20 from the floor. It was the third game this season Pippen has scored 25 points. Dylan Disu added 12 points for the Commodores, who shot just 39% (22 of 57) from the floor but scored 17 points off 19 Radford turnovers.

Chyree Walker scored 15 points and Shaquan Jules had 12 for the Highlanders (3-5).

Notre Dame transfer D.J. Harvey and senior Clevon Brown returned to the Vanderbilt lineup, having not played since the opener against Valparaiso. Harvey scored three points in 11 minutes. Brown played four minutes and blocked a shot. Brown is tied with Julian Terrell for the sixth-most blocked shots in the program with 116.