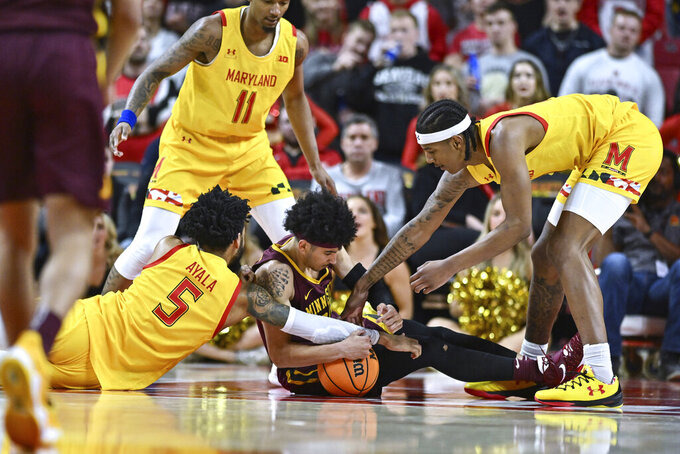 NEW ROCHELLE, N.Y. (AP) — Rick Pitino said Thursday he loves coaching at Iona and is committed to his players amid speculation he could be a candidate for the Maryland job.

“The University of Maryland is one of the premier institutions of higher learning,” Pitino said on Twitter. “(Its) basketball program can be among the nation’s best. I hope they find the next great Gary Williams. I love coaching at Iona, and I’m totally committed to my players. It will not be me.”

Pitino, who won national titles coaching Kentucky and Louisville, is in his second season at Iona. The Gaels (24-5) had a game at Manhattan on Thursday night.

Maryland coach Mark Turgeon stepped down in early December, and assistant Danny Manning took over the program as interim coach.

Williams, a Hall of Famer, led the Terrapins to their only national title in men’s basketball in 2002.