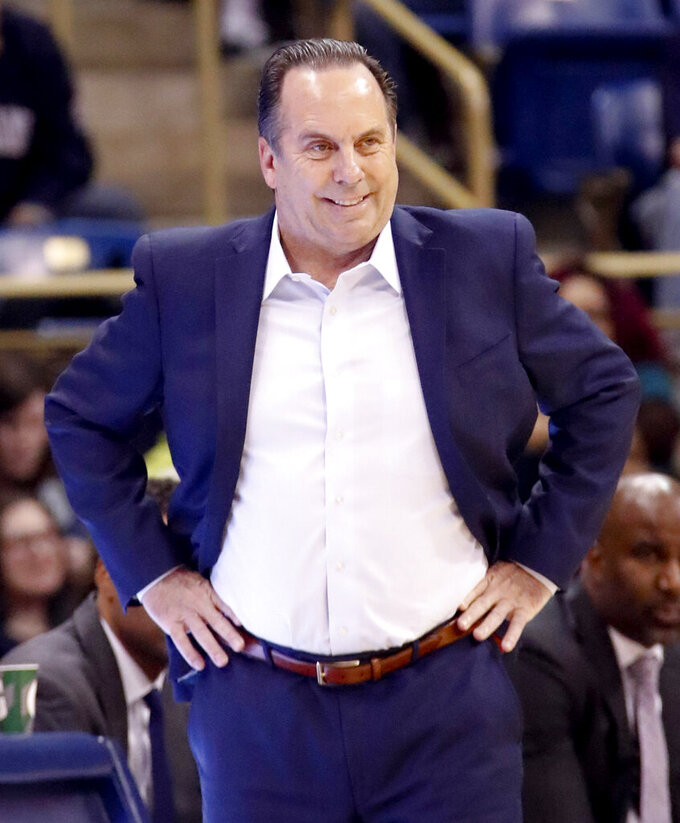 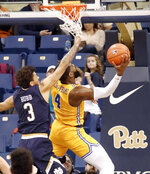 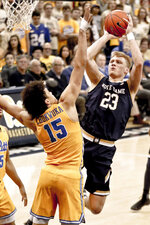 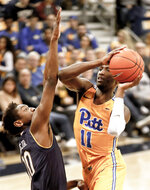 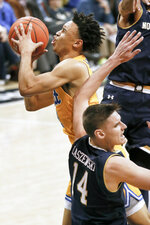 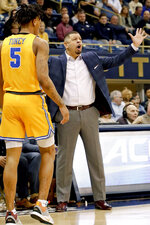 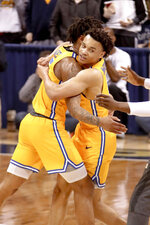 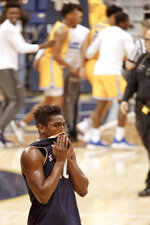 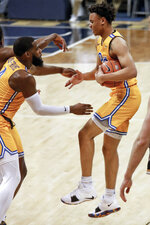 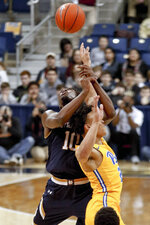 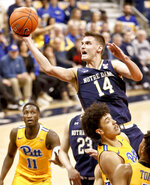 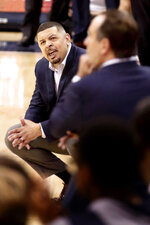 PITTSBURGH (AP) — In two of the first four games of the 2019 ACC season, Pittsburgh guard Trey McGowens scored 30 points and looked like a budding superstar.

Since then, the freshman has downright struggled, averaging just over eight points per game as the Panthers went on a 13-game losing streak.

Saturday, McGowens broke out of that slump for 16 points and helped snap the streak, as Pitt earned 56-53 victory over Notre Dame in a battle to stay out of last place in the Atlantic Coast Conference

"It was big for us, for this team and for what we're trying to do going forward as we build the program to put a period on the end of it," Pitt coach Jeff Capel said.

The Panthers trailed by 12 in the first half, but a 10-0 run, including a thunderous dunk by McGowens over Notre Dame's John Mooney, put Pitt back into position to win.

"We kind of had some momentum," McGowens said. "With the dunk, it was a little bit more, then the three right before the half. . We really just had to take it up an extra notch."

McGowens' 16 points was the most for him since he scored 30 against Florida State on Jan. 14. Pitt is 7-1 in the eight games McGowens scored more than 15 points.

"The reality is that we haven't won since he hasn't played well" Capel said. "When he started to struggle, I don't think it's a coincidence that it coincided with us struggling."

Pitt senior Jared Wilson-Frame scored 12 points, all from 3-point range, where he was 4 for 10.

Mooney, Notre Dame's leading scorer, was held to four points on 1 of 11 shooting, his lowest point total in ACC play this season.

"Johnny Mooney was finally human," Notre Dame coach Mike Brey said. "He's been superman in this league and I thought today was the first day he looked a little fatigued. . Pittsburgh did a good job on him."

Notre Dame: The shorthanded Irish once again saw a game slip away in the second half, while mostly relying on six players.

The five Notre Dame starters all played more than 35 minutes and accounted for all but one of the Irish points. Three of those five are freshmen.

"We're just a little young and a little thin to get over the hump," Brey said. "You can't manufacture confidence. You have to win a little bit. We have not."

Saturday's win was some catharsis for Wilson-Frame, who finished his Pitt career having played through two of Pitt's three below-.500 seasons this century.

"We finally completed the mission" Wilson-Frame said. "Today, we collectively triumphed and overcame. . It just felt good to get that "

One of those three starting freshmen, Nate Laszewski led the offensive charge for the Irish. He scored a career-high 23 points and was 6 of 9 from 3-point range.

"It tells you a little bit about this kid," Brey said. "I'm very proud of Nate and I hope he keeps playing that way as much as we have left."

Every Pitt player that dressed scored a point, with the exception of walk-on guard Joe Mascaro. Mascaro had played just six minutes this season coming into the game, but was given the start on Senior Day.

"Joey has been there the longest, and to me, is the epitome of the city," Capel said. "He's tough, he's hard-nosed and he's gritty. He's a hard worker, and he's very passionate."

With the win, Pitt secured the No. 14 seed in the ACC tournament, which starts Tuesday in Charlotte, North Carolina. The Panthers will play the No. 11 seed Tuesday at 7 p.m.