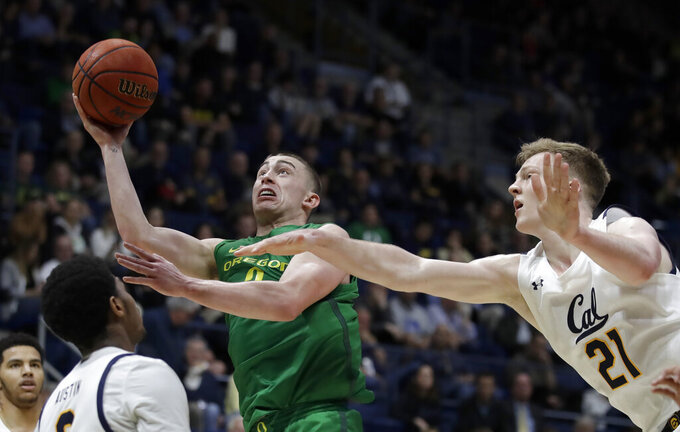 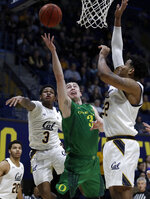 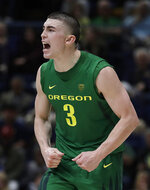 BERKELEY, Calif. (AP) — Payton Pritchard did not wait long to turn his night around.

After a sluggish first half Thursday night, Oregon’s senior guard took over in the second half and led the No. 11 Ducks to a 77-72 victory over California.

Pritchard finished with 21 points and became Oregon’s all-time assists leader, showing the all-around offensive game that’s made him one of the Pac-12’s top players this season.

“I was trying to be aggressive right away (in the second half),” Pritchard said. “We made a run there and made something happen.”

Chris Duarte added 19 points as Oregon (18-4, 7-2 Pac-12) remained on top of the conference standings with the victory.

Pritchard was held to two points in the first half by a Cal team that looked capable of pulling off an upset much of the night.

With the score 32-32 at the half, Pritchard immediately made his presence felt when he returned from the intermission.

He nailed a 3-pointer and followed that up with a three-point play he converted on a reverse layup.

Cal took a 54-47 lead midway through the second half, but the Ducks went ahead for good on Anthony Mathis’ 3-pointer that snapped a 58-58 tie with 6:53 remaining.

That basket was set up by Pritchard’s 615th career assist, setting a new mark for the Ducks. Kenya Wilkins, who played for Oregon from 1993-97, held the previous record.

It was even more sweet that Mathis was on the receiving end of that historic assist. He and Pritchard were teammates at West Linn High in Oregon and even lived under the same roof for seven years.

“It’s something I’ll remember forever,” Pritchard said of the assists record. “I can’t do that without teammates hitting shots. It’s a big thanks to them for getting in position for me to get them the ball.”

Bradley scored 20 of his 25 points in the second half for Cal, but Oregon turned up the defensive pressure after halftime and gradually took control of the game.

“Every time they score they’re in that press,” Cal forward Grant Anticevich said. “It’s something you have to be ready for all the time, and it just takes you out of your rhythm I think is the biggest thing.”

Oregon: The Ducks have been knocked off twice on the road in conference play, but they kept their poise while trailing midway through the second half. Their defensive pressure was also a key factor in the win.

Cal: The Bears shot well from beyond the arc, hitting 9 of 18 shots, but they wasted too many possessions with their 14 turnovers.

Cal’s Kareem South found teammate D.J. Thorpe for a pretty alley-oop dunk in the second half that put the Bears up, 52-45. At that point, things were rolling for the home team.

Oregon coach Dana Altman recorded his 663rd victory, which ranks 29th among all-time Division I coaches. He’s one away from tying the legendary John Wooden for 28th. … Oregon has won six in a row over Cal, its longest winning streak in the series between the schools.

Pritchard was the star, but backcourt mate Will Richardson scored 15 points and was 6 for 10 from the field. He played a part in the Ducks’ second-half surge.

Oregon: Plays Saturday at Stanford, a surprise team in the conference.