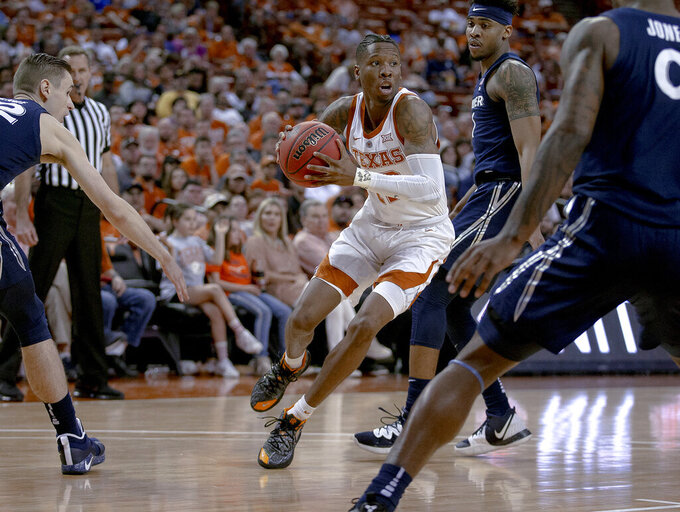 Texas guard Kerwin Roach II (12) drives against Xavier guard Paul Scruggs (1) during an NCAA college basketball game in the second round of the NIT on Sunday, March 24, 2019, in Austin, Texas. (Nick Wagner/Austin American-Statesman via AP) 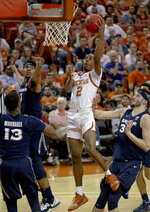 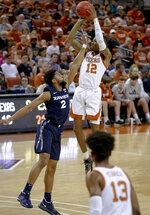 AUSTIN, Texas (AP) — Kerwin Roach II had 21 points, eight rebounds and six assists as Texas narrowly beat Xavier 78-76 in overtime in the second round of the NIT on Sunday.

Roach was fouled on a drive with 20.2 seconds left in overtime and hit 1 of 2 free throws before getting two more attempts after an offensive rebound. He missed both at 16.8 and Xavier had three good looks at tying it but Tyrique Jones' put-back attempt, and Naji Marshall's layup, rolled off.

At the end of regulation, Xavier guard Quentin Goodin got his defender in the air to get to the free-throw line with 2.7 seconds left. He made 1 of 2 free throws and Zach Hankins' put-back attempt at the buzzer was blocked by Jericho Sims.

Courtney Ramey and Jase Febres each added 17 points for Texas (18-16). Sims had 11 points and seven rebounds.