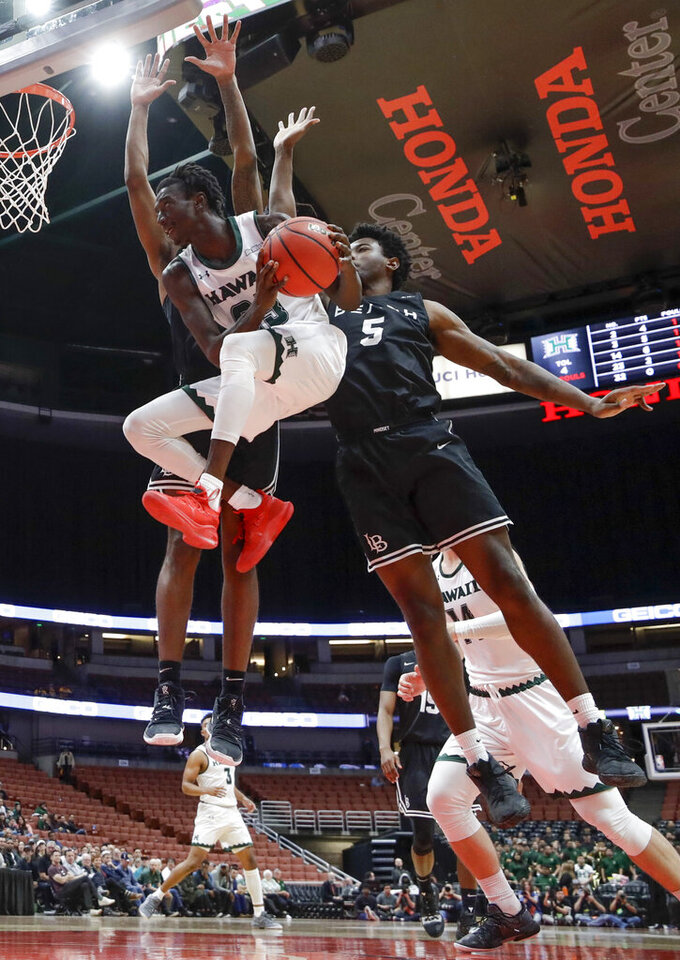 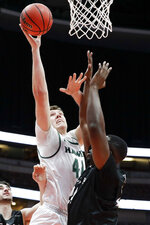 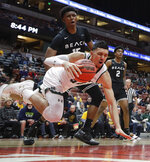 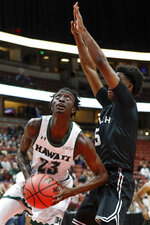 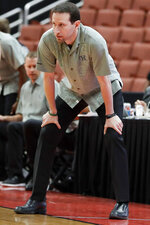 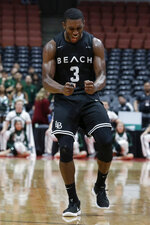 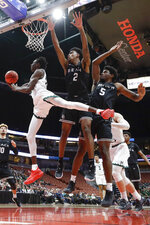 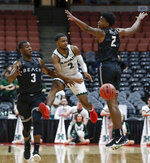 ANAHEIM, Calif. (AP) — Jordan Roberts scored 18 points and hit a pull-up jumper in the paint with 0.5 seconds on the clock as fifth-seeded Long Beach State rallied past No. 4 seed Hawaii 68-66 in the quarterfinals of the Big West Conference Tournament Thursday night.

Hawaii's Zigmars Raimo, who led the Rainbow Warriors (18-13) with 14 points and 10 rebounds, tied the score with a layup at 22 seconds and Long Beach State called timeout. After the huddle Deishuan Booker let the clock run down before finding Roberts at the top of the circle. Roberts drove into the lane and launched his pull-up jumper that hit nothing but net.

Booker scored 15 points and Mason Riggins 12 for the 49ers, who meet top-seeded UC Irvine in Friday's semifinal round.