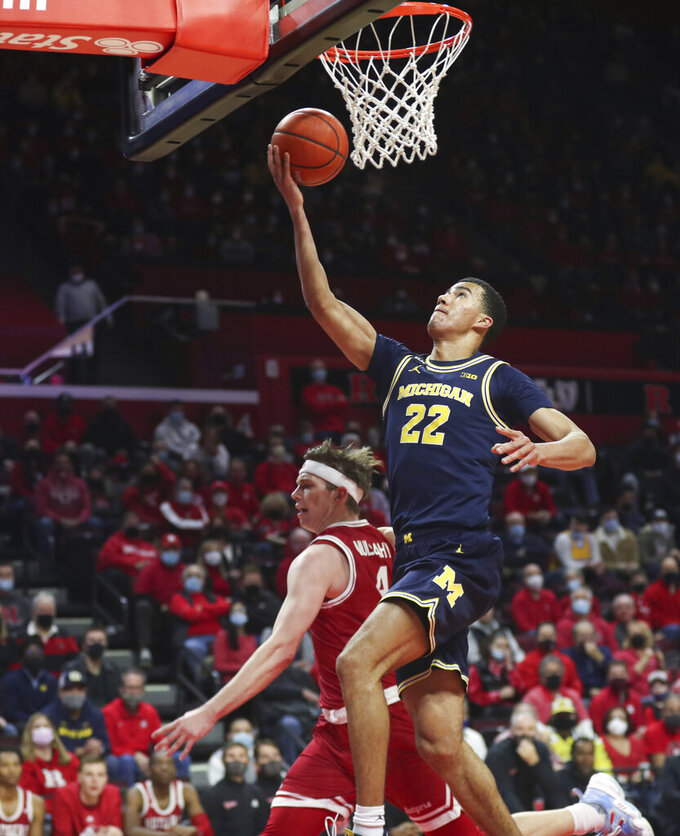 Rutgers finished with a season-high 11 3-pointers. The Scarlet Knights entered averaging the fewest number of made 3-pointers in the Big Ten Conference at five per game. Rutgers (8-5, 2-1) was 11-for-23 overall.

Rutgers owned a nine-point halftime lead and started the second half outscoring the Wolverines 14-6 run in a 6:47 span for a 53-36 advantage.

Harper and Mulcahy each started Rutgers with a pair of 3s and the Scarlet Knights extended the lead to 19-8 with 13:18 before intermission on another 3 from Mulcahy.

Clifford Omoruy threw down a dunk to give Rutgers its biggest lead of the first half at 35-19 with 4:51 before halftime. Michigan proceeded to responded with an 11-4 spurt to draw within 39-30.

Michigan is scheduled to host 10th-ranked Michigan State on Saturday.