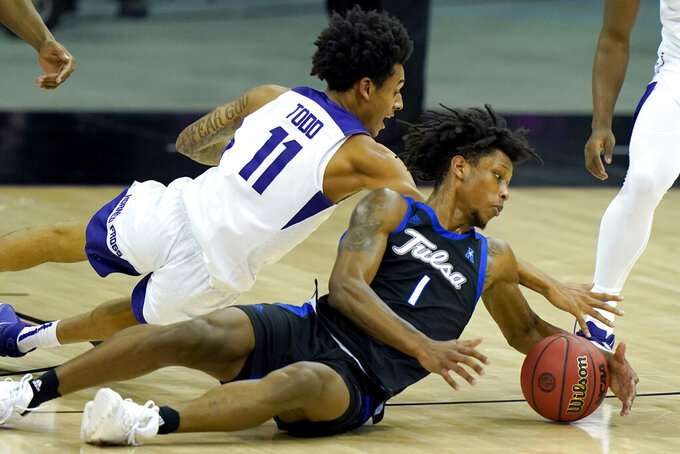 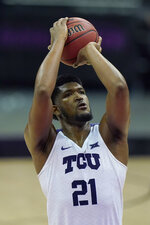 Freshman Mike Miles scored nine of his 12 points in the second half and Francisco Farabello finished with 10 points for TCU (2-0).

Brandon Rachal hit a 3-pointer to make it 57-all but 30 seconds later Miles answered with a 3 to give the Horned Frogs the lead for good with 4:16 to play. Keyshawn Embery-Simpson made a layup to trim Tulsa's deficit to 62-60 with 92 seconds left before Kevin Easley found Taryn Todd on the left wing for a 3-pointer to make it a five-point game.

TCU made 5 of 6 from the free-throw line in the final minute to seal it.

The Golden Hurricane scored the first 12 points in a 18-5 run that gave them a 20-10 lead midway through the first half. TCU scored the next 14 points — including two 3s by Farabello and another by RJ Nembhard — to take the lead for good about five minutes later.

Samuel converted a 3-point play to give the Horned Frogs a 44-34 lead with 17 minutes to play.