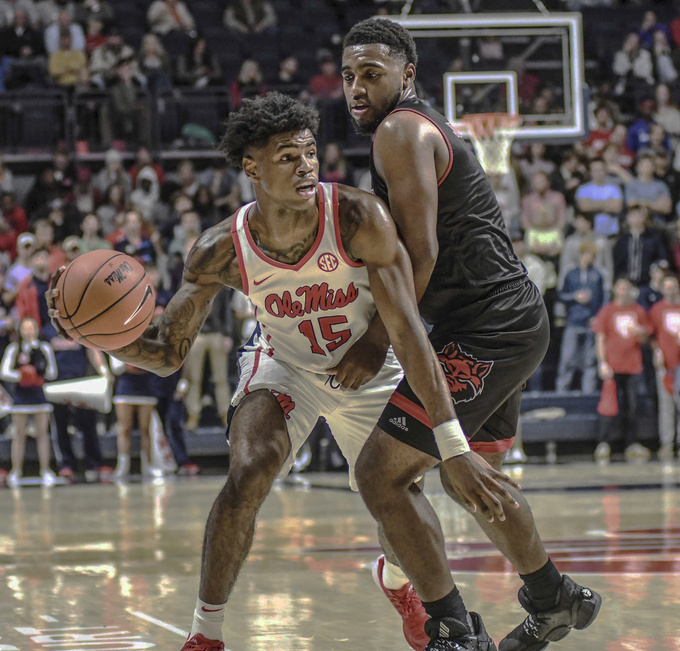 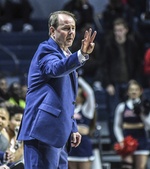 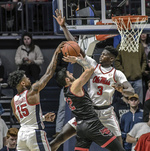 OXFORD, Miss. (AP) — Mississippi guard Devontae Shuler managed to smile when he considered the final statistics in the post-game press conference and admitted, "It feels good to be averaging 20 points a game right now."

"He dominated the game on both ends," Davis said. "He looked like the most experienced guy on the floor and it really showed."

"Any time you hold a team to 32 percent, that's a good opening game for us," Davis said. "Devontae and KJ were really solid, but we've still got a long way to go offensively."

Arkansas State: The Red Wolves, after defeating Arkansas-Monticello at home last week, did not play well in the road opener. Arkansas State had

16 turnovers and scored only three points during a pair of seven-minute stretches in the first half.

Ole Miss: After a sluggish two minutes, the Rebels controlled the tempo and had early scoring runs of 18-3, 10-0 and 16-6. Davis places a premium on athletic players who are active defensively and the Rebels looked the part in the home opener. Breein Tyree had a team-high four assists and three steals.

"We don't make excuses. The turnovers were the difference," Arkansas State coach Mike Balado said. "Pressure does that to you. It wears you down and Ole Miss is long and athletic defensively. We'll look at it and I'm confident we'll get better."

Arkansas State: Hosts VMI Thursday in the opener of the Red Wolves Classic.