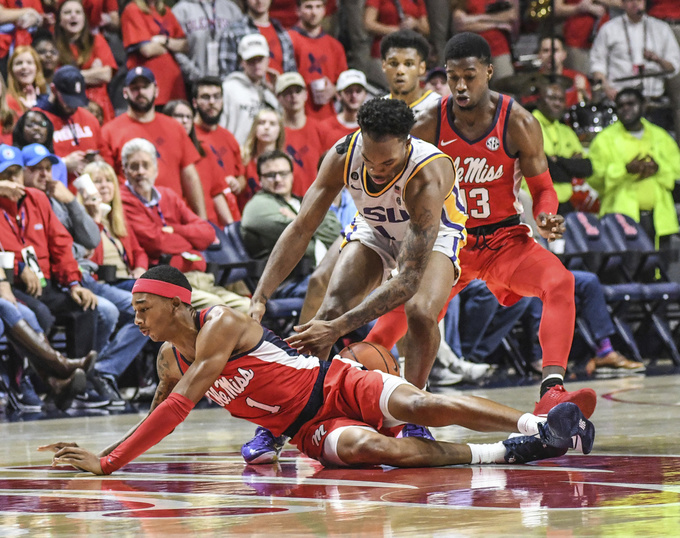 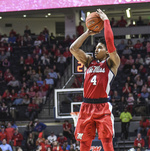 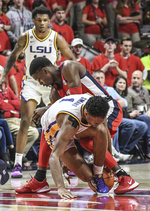 OXFORD, Miss. (AP) — LSU guard Skylar Mays is not surprised the Tigers are the only unbeaten team in Southeastern Conference play.

“I'm not surprised because of the work we put in and the way we've executed at the end of games," the senior guard said after the Tigers rallied in the final seven minutes Saturday to defeat Mississippi 80-76.

“I'm really proud of our guys and the trust we have in each other.”

Javonte Smart scored 20 points as LSU (13-4, 5-0) converted 24 of 27 free throws (88.9%), including two apiece by Marlon Taylor and Mays in the final 24 seconds to complete the comeback. Emmitt Williams scored 17 points while Mays and Taylor had 15 and 13 points, respectively.

“We keep it close and find a way to win at the end,” LSU coach Will Wade said."That's been our pattern. This one is a really good road win, especially with the tremendous night that (Ole Miss guard) Breein Tyree had."

Tyree finished 12 of 20 from the field with four assists and three rebounds.

Tyree was 9 of 9 from the free-throw line but the Rebels finished a season-worst 9 of 19 (47%), including seven consecutive misses to open the second half. Ironically, Ole Miss went into the game leading the SEC in free throw percentage, hitting 45 of 53 (85%) in conference play, before cooling off against the Tigers.

“Obviously free throws are the difference in the game,” Mississippi coach Kermit Davis said. “We came into the game leading the league and we missed some that could have stretched our lead early in the second half. It's disappointing.”

“We just have to keep chipping away at it and keep working,” Mays said. “It's the start we wanted and every win on the road is big.”

LSU: Opportunity keeps knocking for the league-leading Tigers, with three of the next four games at home. Throw in a road date with Texas in the Big 12/SEC Challenge and LSU is in position to pad its NCAA Tournament resume and likely return to the Top 25 poll by the end of the month.

Ole Miss: January has included injuries, illness or suspensions that sidelined three starters for at least one game and not coincidentally, the Rebels are 0-5. To complicate matters, three of the next four games are on the road, with a home date with No. 4 Auburn as the exception.