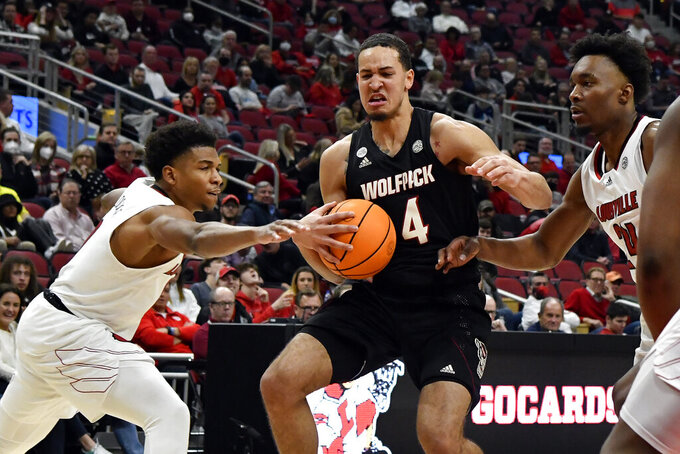 Dereon Seabron had 15 points, seven rebounds and five assists for N.C. State. Smith was 9 of 13 from the field, 6 of 9 behind the arc, to finish three points shy of his season high. Hellems was 7 of 10, going 5 for 7 from deep.

Seabron attempted N.C. State’s first free throw of the game with 4:13 remaining in the second half. The Cardinals attempted 18 free throws compared to six for N.C. State.

N.C. State stays on the road to face No. 8 Duke on Saturday. Louisville plays at Pittsburgh on Saturday.