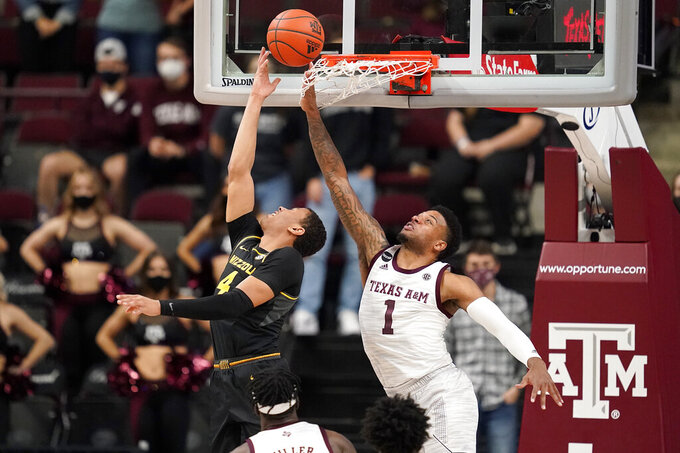 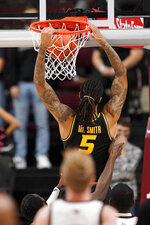 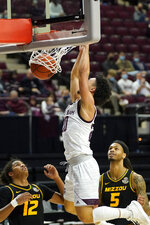 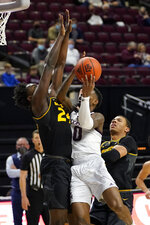 COLLEGE STATION, Texas (AP) — A COVID-19 pause left Missouri a little rusty before the Tigers shook it off and beat Texas A&M.

Dru Smith scored 15 points and the 17th-ranked Tigers beat the Aggies 68-52 on Saturday. It was Missouri's first game since Jan. 5 before they got paused because of a positive coronavirus test within the program.

Though Missouri was without its full team for practice for a week while players were quarantined, the Tigers used the break to regain focus after the early-January loss.

The Tigers led 27-24 at the half and used a 21-5 run midway through the second half to take control of the game.

After trailing for the majority of the first half, Missouri mounted a 12-2 run to close out the half and held the Aggies scoreless for the final four minutes. In that run, Texas A&M went 0-for-11 from the field.

“I thought we closed down the half without much energy,” he said. “It wasn’t zero energy, it was just lacking, relative to the cohesiveness we need to play with on both ends. And then I think we started the second half worse than we ended the first half.”

Missouri has a chance to put together its first winning streak of conference play, having alternated losses between its win against Arkansas on Jan. 2. Despite starting off strong against the Tigers, the Aggies repeated a trend of only one half of strong play in the loss.

Streaking unabated through the middle of the paint, Tilmon collected a missed corner 3-pointer by Torrence Watson and slammed it home in one motion. Tilmon’s put-back dunk was a part of a 11-0 Missouri second half run.

With the win, Missouri claimed its third true road victory before Jan. 16 for the first time since the 1994-95 season. It was achieved this season after a near one-month delay.