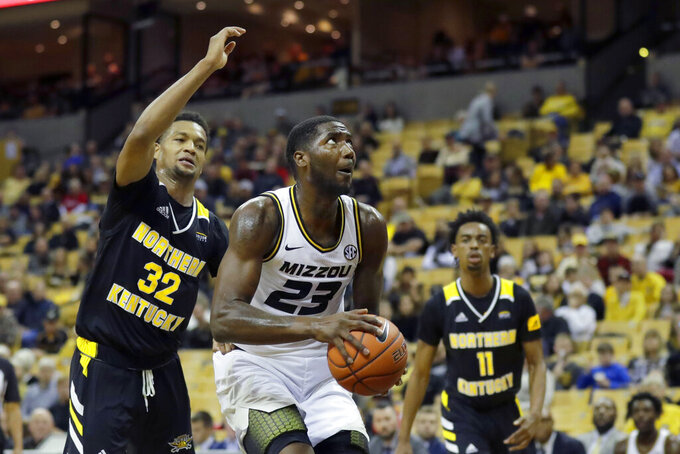 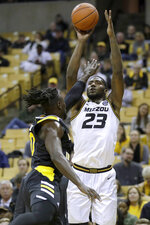 COLUMBIA, Mo. (AP) — It had been a long time since Mark Smith scored a point for Missouri. After sitting out the final seven games of last season with a foot injury, he went scoreless in the season opener. On Friday, he made up for lost time, scoring 19 points in a 71-56 victory over Northern Kentucky.

"I never worried about Mark's shot, I really didn't, because of the time he puts into it," Missouri coach Cuonzo Martin said. "The biggest thing for me with Mark was not trying to get seven to eight months back in two days. Just let the game come to you."

Smith established himself early against the Norse, scoring 15 points in the first half as Missouri (2-0) opened a 36-29 lead. The junior hit 4 of 7 from 3-point range.

"I trust my jump shot, so I knew it was only a matter of time before they start falling," he said.

"I was really pleased with Tyler Sharpe just because he played really aggressive without any fear," Northern Kentucky coach Darrin Horn said. "Which is how we want to play, especially in a situation like this."

The Tigers broke open the game after halftime, going on a 17-0 run to extend their lead to 60-39 midway through the second half.

Missouri got good production from its frontcourt. Center Jeremiah Tilmon had 13 points and Mitchell Smith and Kobe Brown each scored 10 by finding holes in Northern Kentucky's zone defense.

"I just love flashing the zone," Mitchell Smith said. "It's so wide open."

Martin said Mitchell Smith's offensive production wasn't a surprise to him, even though he averaged just 2.5 points per game last season.

"He's probably our best guy flashing against the zone," Martin said. "I think that he has a lot of comfort in making decisions there. So not surprised, but happy for him."

Northern Kentucky was fresh off a 105-point performance in its season opener against UC Clermont but couldn't generate much offense against a far bigger Missouri team. The Norse tried to stay in the game with 3-point shooting but made just 8 of 29 shots from beyond the arc.

"How physical they were was an issue for us," Horn said. "They knocked us off ball screens. We had a hard time getting the ball in the paint, and then when we did get it in the paint we didn't finish strong."

Missouri: By dominating a team that returned four starters and went to the NCAA Tournament last season, the Tigers validated the idea that they might be much improved over last year.

Northern Kentucky: The Norse struggled against Missouri's stingy defense, shooting only 37% from the floor. It didn't help that one of the team's top players, Jalen Tate, made just 1 of 4 shots and committed five turnovers. "With so many guys returning, four stars returning . it's tough to go against," Martin said. "I thought (Dru Smith) and (Xavier Pinson) did a tremendous job on Tate. . We did a great job in guarding him on transition, identifying him early so he couldn't get on the run and make plays."

Northern Kentucky: The Norse head to the East Coast on Tuesday to play Coastal Carolina, which lost its home opener to Campbell.