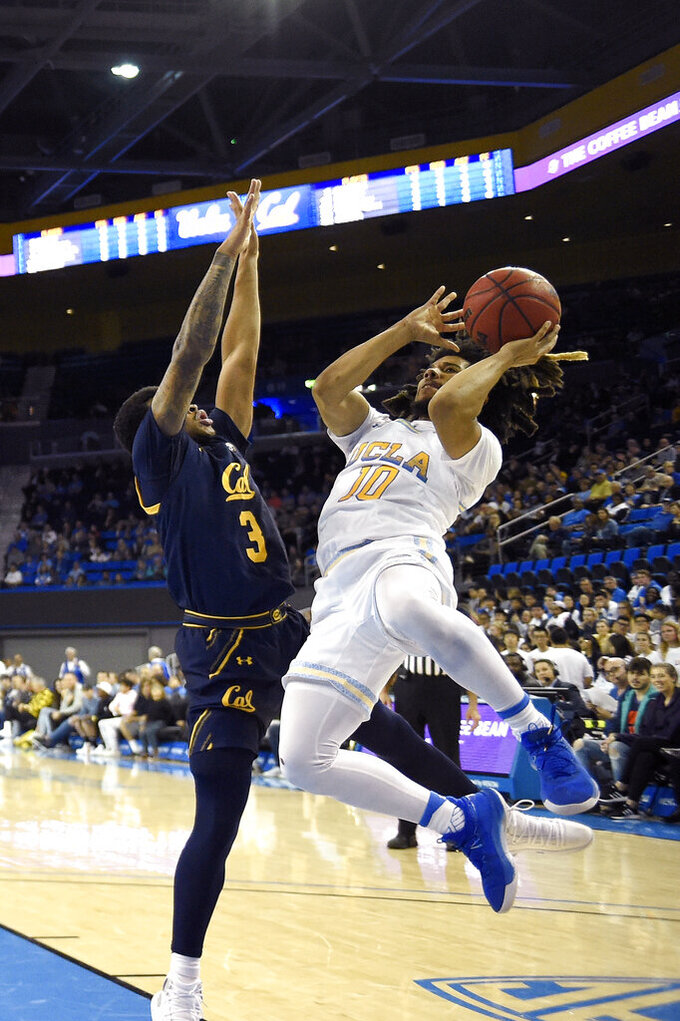 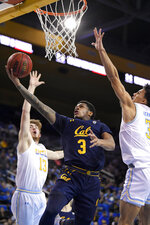 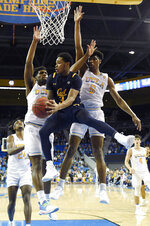 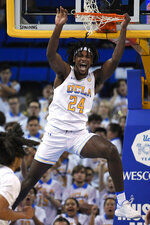 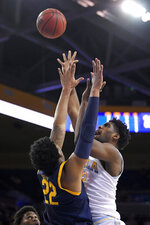 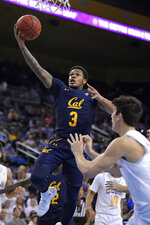 LOS ANGELES (AP) — UCLA’s basketball team has not been known for its defensive prowess this season, not by a long stretch. What a turn of events that the Bruins were kicking themselves for letting Cal get to 40 points on Sunday.

“When you can hold a team to 40 points it’s a good thing. We should’ve held them to a lot less than 40,” Smith said. “We gave them a lot of layups, offensive rebounds and second chance points. It was a decent defensive performance, but we could’ve done better.”

It was one of the lowest scoring outings by a UCLA opponent in history. Oregon State twice had the fewest points ever at Pauley Pavilion scoring 35 in 1966 and 2007. The Bears weren’t quite that inefficient but they were close.

The last time UCLA held a team to 39 or fewer was in a 62-39 victory over Pepperdine at the L.A. Sports Arena on Nov. 28, 2011. Had it not been for a 3-pointer by Dimitrios Klomaras with 22 seconds left, the Bruins would’ve bettered that defensive outing as well.

UCLA had lost its previous three straight games and six of seven. It was the first time the Bruins won at home since Dec. 8 in a win against Denver.

Not much has gone right for the Bruins this season, and Mick Cronin has preached defense. Cal shot just 30.4% from the field and 17% from 3-point range, missing 14 of 17 attempts.

“Their defense was very good,” Cal coach Mark Fox said. “When we’re not making the 3, we’ve got to find other ways to score. We were not scoring. I have to give them credit. We couldn’t score in the paint.”

UCLA went on an 14-0 run midway through the second half to take a 38-25 lead. Smith had eight of those points, including a three-point play, a shot off the glass and a 3-pointer. Tyger Campbell hit a 3 in that stretch and had an assist off a drive-and-dish on Smith’s 3-pointer.

“We had up to 12 stops in a row at one point,” Cronin said. “Getting better. Look, in fairness to Mark, they’re in rebuilding mode. They’ve got a young team. They missed some open shots, just like we did. Shooting changes a lot.”

Hill scored all of his points in the first half. He scored on two dunks, including a putback, and turn-around jumpers in the lane. Cal had no answer for the Bruins in the paint.

UCLA led 22-21 at halftime. The teams combined to shoot just 2 of 13 from 3-point range in the first half, in which the Bruins led by as many as eight points.

Prince Ali rolled his ankle in practice on Friday, according to a UCLA spokesman. He suited up but did not play.

CAL: It was a road trip the Bears would like to forget. It got started off in a difficult way, losing in a rout to USC, 88-56. The Bears kept it close against the Bruins in the first half but couldn’t keep up in the second. It’s going to be a long conference season if the Bears can’t put two halves together, especially on the road.

UCLA: The Bruins just needed a win any way they could get it, and they did so with one of the best defensive outings in the history of Pauley Pavilion. This could be the start of the Bruins turning things around, since they were rewarded for a fine defensive outing.

Tim Decker made a painting of John Wooden at halftime from a blank, black canvas. The artist, known for making paintings fast, went from zero to Wooden, complete with a suit, tie and glasses, in about five to seven minutes.

UCLA won with 50 points, its lowest point total in a victory since it beat Washington State 50-30 on Feb. 9, 2006. Even the UCLA football team scored more points in a game this season, outlasting Washington State 67-63 in September.

CAL: Hosts Stanford on Sunday to begin a three-game homestand in conference play.

UCLA: Plays at Oregon State on Thursday to start a two-game Pac-12 road trip in Oregon.