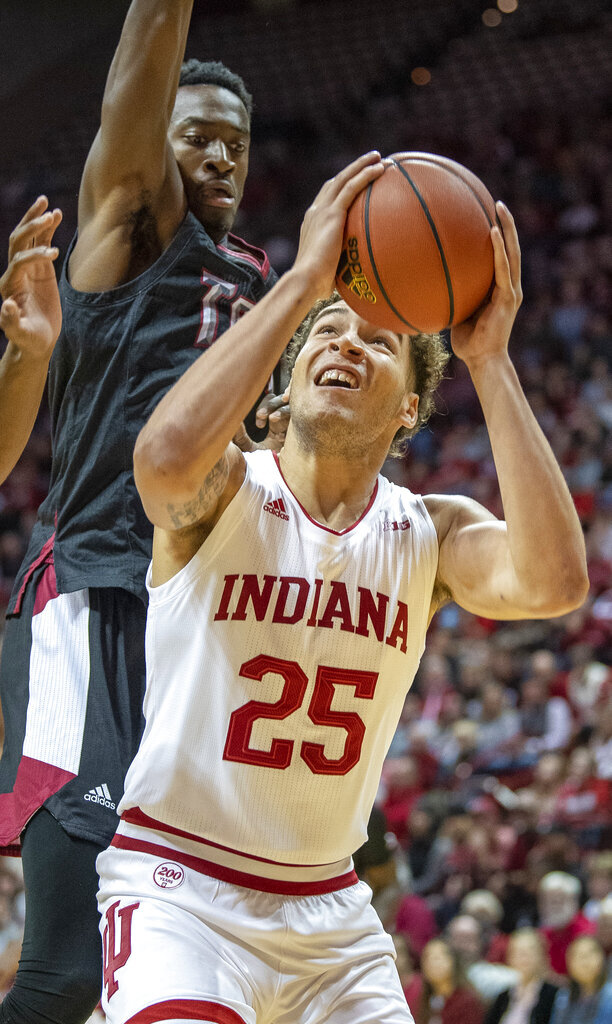 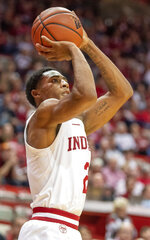 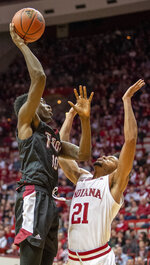 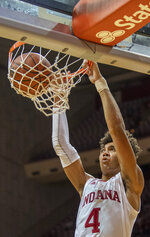 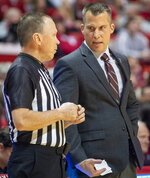 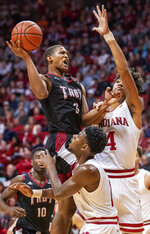 "In the first half it was definitely a building block that we can take going into the next couple games," Smith said. "Coach (Archie) Miller has been preaching on the ball pressure, which allows us to really get in and help."

Smith had 22 points and five rebounds, Trayce Jackson-Davis had 17 points and 14 rebounds, and Al Durham added 17 points for the Hoosiers (4-0), who are in the middle of a nine-game stretch at home to begin the year.

Zay Williams had 28 points and eight rebounds and Charles Norman had 10 points and six rebounds for the Trojans (0-3) in the team’s first meeting with Indiana.

"Obviously it was a very tough night for us. Indiana is a very good basketball team," Troy coach Scott Cross said. "Definitely, in my opinion, they're a Top 25 caliber basketball team. Hopefully that was the best game they've played this season. We got hit with a buzz saw. We didn't compete the way I wanted out guys to compete. But a lot of that is a credit to their defense and the way they played."

The Hoosiers never trailed, and they scored 58 first half points and led by 26 points at the break.

It was a 15-2 run in the first half that helped Indiana pull away early.

Jackson-Davis made two free throws and then converted a three-point play to spark the run. The spurt ended with a pair of free throws by Durham to make it 35-14 with 9:20 to play in the first half.

"We started the game much better defensively than we have in our previous outings," Miller said. "I thought we were very unselfish. When you combine the effort level that we had early and the unselfishness, I thought we got off to a good start and we continued to do a really good job early in the game on the offensive glass."

Troy: The Trojans are still search for their first win of the year. Four of the team’s first seven games are on the road.

Indiana: The Hoosiers open the year with four straight wins for the first time since the 2014-15 season. Over the first four games of the season, Indiana has scored 85 or more points each game and have surpassed 90 points three times.

Indiana was without guard Rob Phinisee, who Miller said missed the game with strep throat but was expected to soon return. He averaged 11.3 points in the first three games.

The Hoosiers dominated the Trojans across the board. They outrebounded Troy 51-38, shot 21 of 30 from the free throw line and only turned the ball over 12 times.