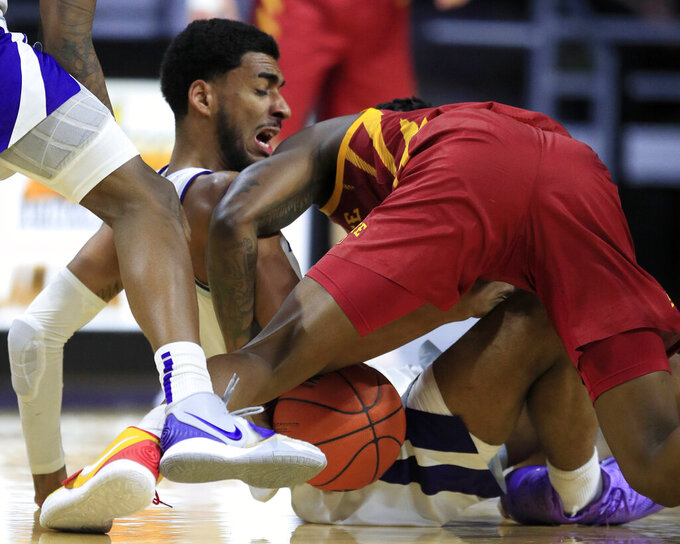 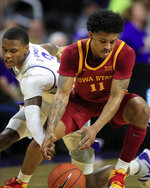 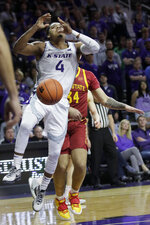 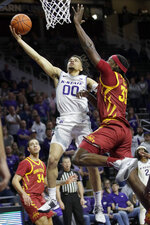 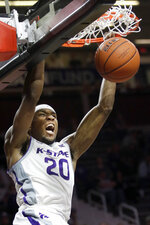 But Sneed had possibly the most memorable game of his career in his final act at home in a 79-63 win over Iowa State on Saturday afternoon.

He scored 31 points, went 10-of-21 from the field and hit four 3’s while carrying the Wildcats to their first win since January 29th after losing 10 straight games.

“I just wanted to get a win,” Sneed said. “I feel like I did a good job of helping us today.”

The win marks the end of a regular season that featured the most losses in program history for Kansas State.

“I’m just happy for the seniors,” coach Bruce Weber said. “They’ve worked so hard this season so I’m glad they finished with this win tonight.

Sneed finished his career in the top 10 in scoring and top five in steals and games played in school history.

“It’s been a roller coaster here, but I’ve loved it,” Sneed said. “The banners we’ve put up, and it’s just been a surreal ride.”

Cartier Diarra added 14 points, Mike McGuirl had 10 and the Wildcats went 13-18 from the free throw line.

Solomon Young scored 17 and Terrance Lewis had 11 for Iowa State, which has lost five of its last six games and four of those by double digits.

“Those seniors for Kansas State have done some special things so I wasn’t surprised they played so well,” Iowa State coach Steve Prohm said. “We are battling some injuries, so we just need rest before Wednesday.”

In his first career start, senior Pierson McAtee had a dunk on the opening possession and scored six points.

“It was actually a broken play,” McAtee said. “It’s truly special and I can’t thank coach enough for giving me that opportunity to start tonight.”

Sneed scored 14 of the first 18 points for the Wildcats including three 3’s. Sneed had a career high at halftime with 26 points helping K-State post a 41-23 lead after 20 minutes.

Both teams will play in the opening round of the Big 12 Tournament and look to make a run and extend their seasons.

“It’s the best conference tournament in the country,” Prohm said. “We’re ready to go to Kansas City where we have great crowds and see what we can do.”

Iowa State: Before tip-off, the Cyclones were locked into the eight versus nine seed matchup in the Big 12 Tournament. They seemed to know that because they showed a lack of motivation.

Kansas State: This was the best the Wildcats have looked the entire conference season. They will need to play this well again in Kansas City to win a few in the conference tournament.

Iowa State: Will play on Wednesday at 6 pm to open the conference tournament.

Kansas State: Takes on the seven seed at 8:30 pm on Wednesday night in the opening round of the Big 12 Tournament at the Sprint Center in Kansas City, Missouri.