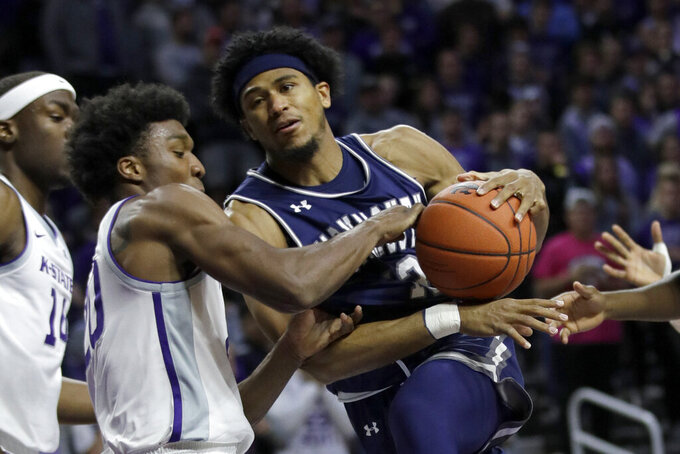 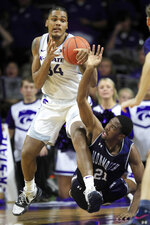 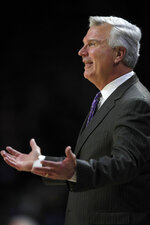 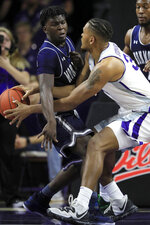 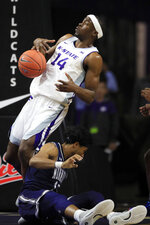 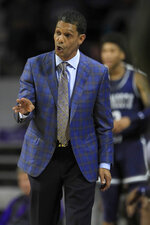 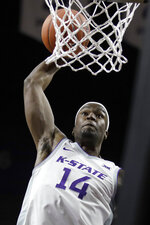 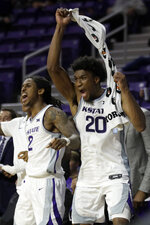 The Wildcats have been outscored in the first half 74-57 through three contests this year and trailed at the half in every game.

But somehow, they are still undefeated.

“We’re a young team and we’ve won by two decent margins and against decent teams,” Weber said. “We’ve just got to learn and grow from it.”

Xavier Sneed scored 15 points and had six rebounds and Makol Mawien nearly had his second double-double of the season scoring 11 points and pulling in nine rebounds. Freshman Montavious Murphy had a career-high eight points.

Ray Salnave had 20 points and five rebounds while Mustapha Traore scored five points and had 10 rebounds in the losing effort.

Even more first half woes for Kansas State is 3-point shooting- making only one 3 in the first 20 minutes of games this season.

“If you haven’t figured it our we’re one for 32 from 3 in the first half this year,” Weber said.

Weber and Murphy said they think the speed of the game and a young team are partially to blame on the slow starts.

“We come out and just take things for granted and then come and play hard in the second half,” Murphy said. “I think we need to start doing that to start and lock in.”

Kansas State’s defense forced 25 turnovers scoring 21 points off those mistakes. The Wildcats 17 steals tied for the third-most in a game in school history.

The Wildcats (3-0) won the game in the paint outscoring the Hawks 38-20 as Kansas State seemed to be bigger and faster against the Hawks.

“They are big, strong guys,” Monmouth coach King Rice said. “There’s a lot of bumps in the game and it takes a lot out of our legs.”

“Our guys started making it a one-on-one game and that’s when they got us down by a bunch,” King said. “I think some of you guys might have been shocked, but I’m a head coach and this is college basketball. Anything can happen in this game.”

Sneed opened the second half with a 3, starting a 9-0 run for the Wildcats, which tied the game. K-State scored 23 of the first 27 points in the second half and cruised to victory from there.

Weber said these next 10 days of practice are vital for his team to keep improving before taking on Pittsburgh later this month.

“Iverson might not think practice is important, but coach Weber does,” he said.

Kansas State has won 31 straight non-conference games dating back to 2015 inside Bramlage Coliseum.

Monmouth showed for a half that they can play with a Power Five school but will need to play a full 40 minutes to complete a major upset.

Kansas State has to start games quicker because against better quality opponents, they won’t be able to come back as easily.

Kansas State has almost a week off before hosting Arkansas-Pine Bluff on Tuesday.