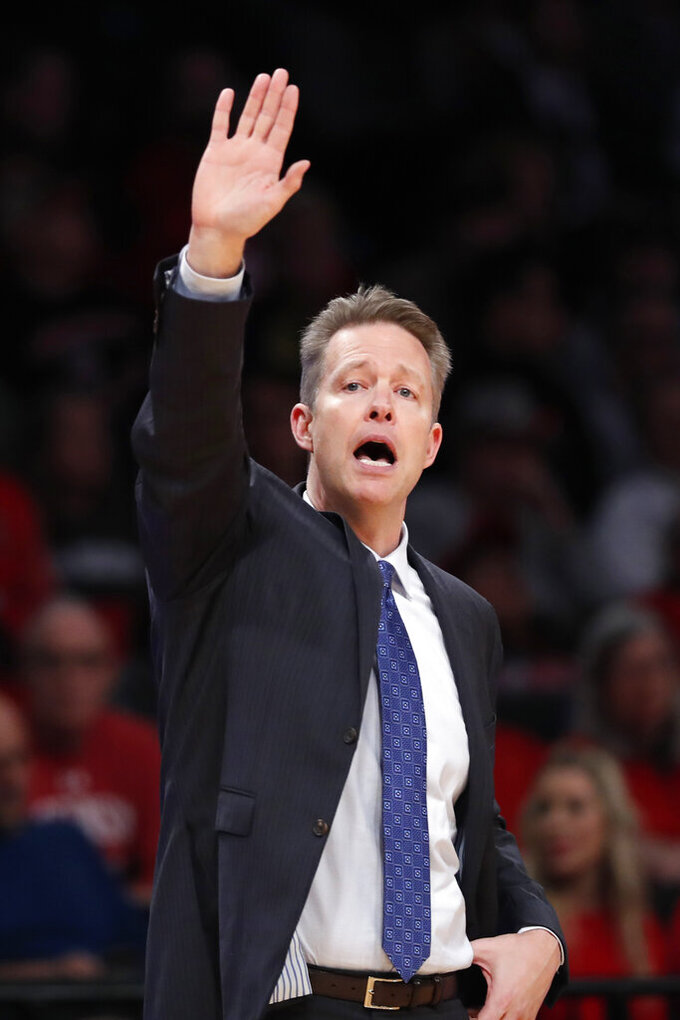 Richmond head coach Chris Mooney gestures to his players during the second half of an NCAA college basketball game against Wisconsin in the Legends Classic, Monday, Nov. 25, 2019, in New York. Richmond defeated Wisconsin 62-52. (AP Photo/Kathy Willens) 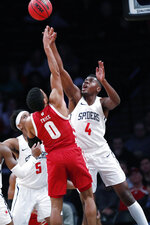 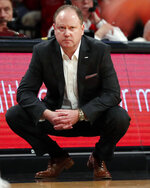 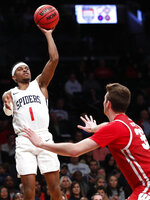 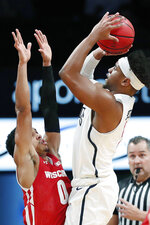 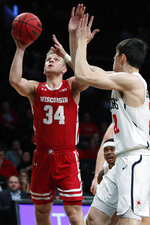 NEW YORK (AP) — To hear Chris Mooney, his Richmond Spiders spent the days and weeks and months after their 2018-19 season came to an end working on defense and toughness.

And in a gym on the corner of Flatbush and Atlantic Avenues in Brooklyn, New York, the results of that work borne out.

“(We) just had a strong will and toughness about us,” Mooney said after Richmond topped Wisconsin 62-52 in the first game of the Roman Legends Classic Monday night at the Barclays Center. The Spiders will meet Auburn in the championship game Tuesday.

"We got to want it," Reuvers said.

The second all-time meeting between the Big 10 and A-10 programs would not have been out of place at any of New York City’s playgrounds, as both teams played unyielding defense. Wisconsin held Richmond to 35.3% shooting from 3 (6 for 17), while the Spiders limited the Badgers to 34% shooting from the field (17 for 50).

After Brad Davidson drilled a 3 to tie the game 50-all with 4:44 left, Richmond scored 10 of the next 12 points points to open a 60-52 advantage. Souleymane Koureissi’s tip-in of a Gilyard missed layup capped the run.

Gilyard knocked down two free throws with a minute left to end the scoring.

Despite Tyler Wahl drilling a running one-hander before the halftime buzzer sounded, the Badgers went into the break trailing the Spiders 31-29.

"I think that was just a good momentum booster coming into the second half," D'Mitrik Price said.

BIG PICTURE: Distilled to its base, this was a matchup of strength versus strength. Wisconsin entered the game ranked 34th in defensive efficiency according to analytics site KenPom.com, while Richmond had averaged 92.5 points per game in its first four games, and had three players - Jacob Gilyard (20.8), Nick Sherod (20.8) and Blake Francis (18.5) - average at least 18. 5 points per game.

The game was possession-by-possession matchup, which could benefit both teams as the season progresses. Tight defense should allow Wisconsin to stay in games, while the Spiders were forced to play a style they had not prior to Monday night.

"Yeah, I think it was good for us to see that (style of play)," Mooney said. "On offense we have some really good players who are aggressive and know how to play for skill. And when the game is really free those things really (show) up. When it's tighter and more physical and half court - especially with Wisconsin (and) how they play defense - it's more difficult and challenging."

The first game of the doubleheader marked Wisconsin’s inaugural visit to Barclays Center, which opened in September 2012. However, it was not the Badgers’ first trip to the big city. Wisconsin now has played seven games in New York dating back to 2015 and is 3-4 in those contests with the previous six games were held at Madison Square Garden.