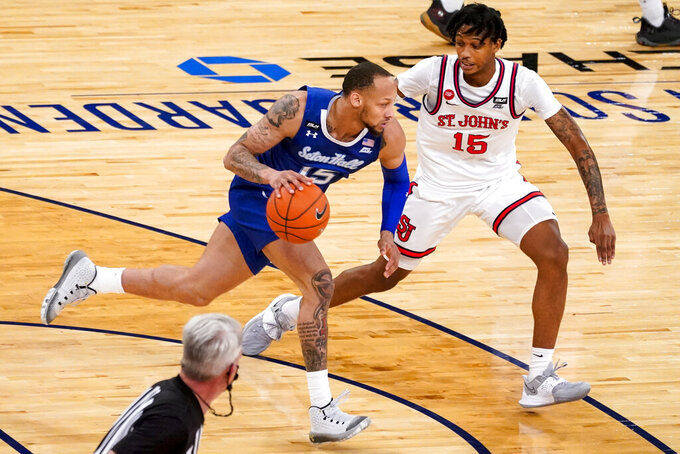 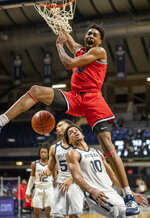 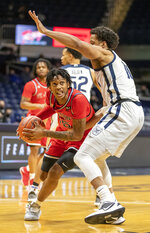 NEW YORK (AP) — Isaih Moore and Vince Cole are leaving St. John's after one season with the team.

Both juniors have entered their name into the NCAA transfer portal, the school announced Tuesday evening.

Moore and Cole, both from South Carolina, arrived this past season as junior college transfers and were significant contributors to a Red Storm squad that finished 16-11.

Moore, a 6-foot-10 forward, averaged 9.2 points and 4.8 rebounds in 25 games. He shot 57.5% percent from the field, adding 17 blocks and 13 steals. But he played only three minutes in the regular-season finale against Seton Hall and missed an overtime loss to the Pirates in the Big East Tournament five days later because of coronavirus protocols.

Moore was required to quarantine due to contact tracing after a member of the program’s support staff tested positive for COVID-19, the school said. He scored in double figures five of the previous six games, including 10 points and 11 rebounds in a March 3 win against Providence.

“We thank Vince and Isaih for their contributions to our basketball program this past season and wish them much success in the future,” coach Mike Anderson said in a news release.

St. John's went 10-9 in Big East play, finishing fourth in the conference, and Anderson was chosen the league's coach of the year after his team was picked ninth in the preseason poll going into his second season at the helm.

Led by Big East scoring champ Julian Champagnie and freshman of the year Posh Alexander, the Red Storm earned a No. 4 seed for the conference tournament at Madison Square Garden — their highest since winning the 2000 event as the No. 3 seed. But they were knocked out in the quarterfinals by fifth-seeded rival Seton Hall and haven't reached the Big East semifinals in 21 years.

St. John's released a statement Sunday evening saying the athletic department requested the Red Storm be removed from consideration for the NIT in Texas.

“There is no question that in a normal year our University’s decision would be different as we would be honored to compete in the famed National Invitation Tournament," athletic director Mike Cragg said. “However, this has been far from a normal year as there have been tremendous mental and physical demands on everyone in our basketball program due to extensive COVID-19 protocols dating back to July that have taken their toll.”