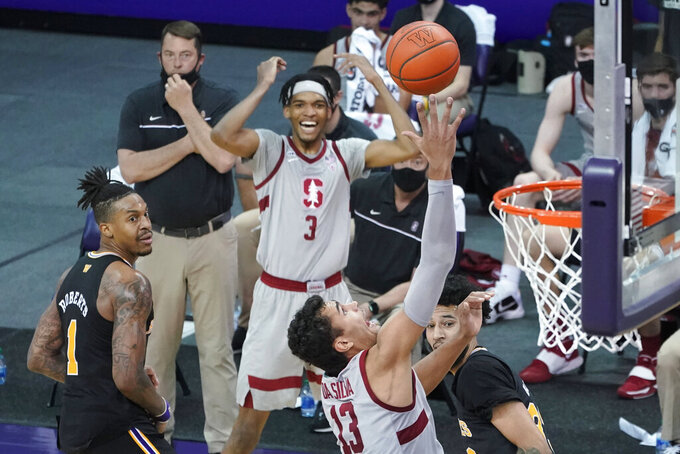 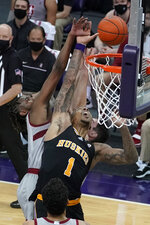 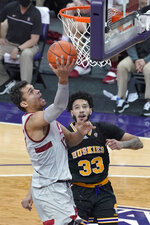 The Cardinal (14-8, 10-6 Pac-12) began its final extended road trip of the regular season with an easy blowout win fueled by a huge second half shooting performance. The Cardinal made 12 of their first 14 shots to start the second half and led by as many as 26 in the final 20 minutes.

“I feel like we got our full team back now,” Delaire said. “Everyone’s super excited about that. We’ve been competing hard in practice, coming up with good game plans."

Stanford’s Daejon Davis added 12 points off the bench in what could be his final visit to his hometown during his college career. The real dominance for the Cardinal came on the interior where they outscored Washington 50-28 on points in the paint.

The most emphatic of those inside points came in the second half when Bryce Wills dunked over 7-foot-4 Washington center Riley Sorn.

“Bryce's dunk doesn’t mean a lot to me because I have no idea how to do that. As a player, I never jumped that high,” Stanford coach Jerod Haase joked. “Even with a trampoline, I couldn’t get that high. So it doesn’t really resonate with me. I mean, it looks cool.”

Stanford entered the week squarely on the fringes of the NCAA tournament and avoided what would have been a costly stumbled against the lowly Huskies. The Cardinal still have games against Oregon and at No. 17 USC that could help their tournament resume.

“Everybody’s focused, locked in understanding our goals for the end of the season. We want to finish off this year strong,” Delaire said.

Washington (4-17, 3-13) lost for the sixth time in seven games and let reserves play most of the final 11 minutes after falling behind 62-36. Reserve guard Cole Bajema scored a career-high 13 points. Erik Stevenson had all 11 of his points in the first half for Washington, but appeared to injure his left leg on a breakaway in the closing seconds of the half and played sparingly in the second half.

Leading scorer Quade Green didn’t score until the opening moments of the second half and finished with just five points.

Washington played its fourth game in a week and appeared lethargic at times.

“Tonight we just took a step back," Washington coach Mike Hopkins said. "You can see it. Our energy was down. You could feel it. I don’t know if it’s the four games in eight days. But the energy, the pop wasn’t there.”

Stanford: The Cardinal shot 57.4% in the victory and 68% in the second half. It was the fifth time in six games the Cardinal topped 50% shooting and was the second-highest mark in conference play.

For the first time this season, Washington had a very limited number of fans in the arena. Per local and state guidelines, Washington allowed up to 60 player guests per team to attend Thursday’s game and will do the same for Saturday’s regular season home finale.

Stanford: The Cardinal will play at Washington State on Saturday.

Washington: The Huskies will host California on Saturday.