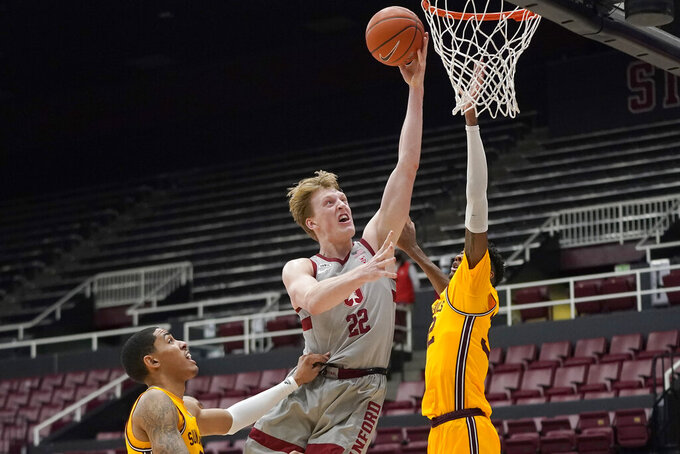 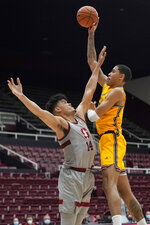 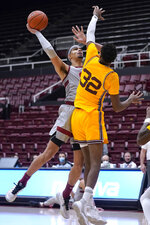 Arizona State’s Marreon Jackson drove the left baseline and kicked it to DJ Horne in the right corner for a wide-open 3 to make it 74-all with 1:28 to play. Angel answered with two free throws for Stanford but, after Jackson was called for traveling, Ingraham went 0 for 2 from the stripe with 14.8 seconds left. Jalen Graham scored in the lane to tie it about 6 seconds later but Angel was fouled on a 3-point shot with 1.1 remaining and hit all three free throws to seal it.

Stanford took a 15-point lead when Silva made a layup about 5 minutes into the second half but the Cardinal committed six turnovers during an 11-0 run by the Sun Devils that made it 56-52 with 11:39 to play.

Jackson stole a pass near midcourt and hit Alonzo Gaffney for dunk to make it 61-60 and, after Stanford missed a 3-point shot, Graham made a hook shot in the lane with 5:59 remaining to give the Sun Devils their first lead since midway through the first half.

Keefe, who went into the game shooting 26.8% from the free-throw line this season, made 6 of 6 from the foul stripe in the closing minutes.

Gaffney had six points, five rebounds and a career-high five blocks for Arizona State before he fouled out with 61 seconds to go. Kimani Lawrence also fouled out and four other Sun Devils finished with four personal fouls.

Arizona State coach Bobby Hurley — frustrated after the Sun Devils attempted just one free throw in the first half while Stanford made 13 of 17 from the stripe — was called for a technical foul just 30 seconds into the second half. Horne, who scored 13 points before the break, was called for his third personal foul less than 90 seconds later and immediately picked up his fourth when he was called for technical.

The Cardinal finished 32 of 41 from the free-throw line while Arizona State made 7 of 9.