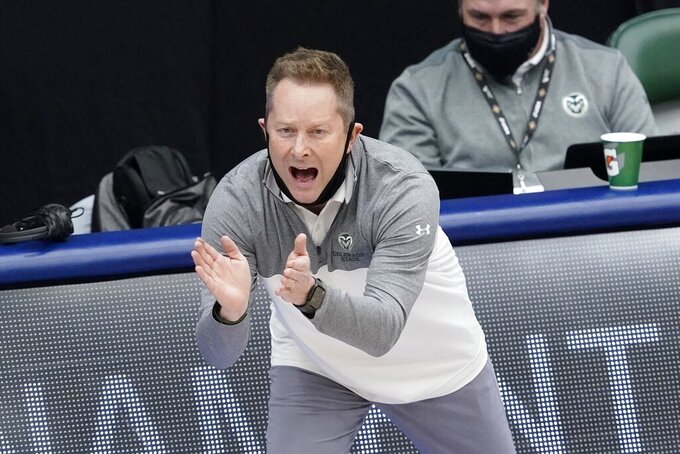 Colorado State head coach Niko Medved applauds his teams effort in the second half of an NCAA college basketball game against North Carolina State in the quarterfinals of the NIT, Thursday, March 25, 2021, in Frisco, Texas. (AP Photo/Tony Gutierrez) 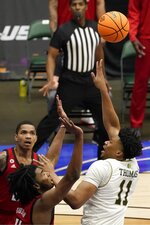 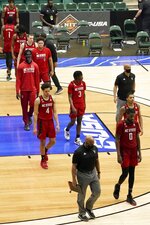 Roddy made a fadeaway jumper with 1:21 left for a 63-59 lead, and D.J. Funderburk had a dunk at the other end following an offensive rebound for the final field goal of the game at 1:03.

Stevens had a reverse layup roll off and after a timeout with 22.6 seconds left, N.C. State's Jericole Hellems hit the back iron on a 3-point attempt. The Wolfpack had to foul three times to get Kendle Moore to the free-throw line — where he made two at 6.2.

Moore finished with 16 points for the Rams, who missed 20 3-pointers. Roddy secured his 12th double-double of the season.

Hellems had 15 points and five assists for the Wolfpack (14-11). Funderburk had 13 points and nine rebounds, and Manny Bates added 13 points.