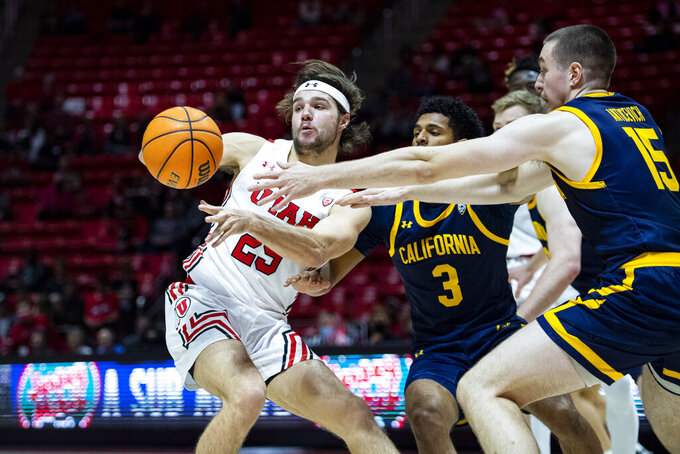 SALT LAKE CITY (AP) — Both Gach scored 19 points and Lazar Stefanovic came off the bench to knock down three second-half 3-pointers as Utah took control after intermission to beat California 66-58 on Sunday.

Cal built a 35-29 lead in the first half, but Utah opened the second with a 10-0 run to take the lead the Utes never surrendered.

Branden Carlson and Gach each hit 3s to help ignite the second-half rally and Stefanovic added three to help keep Cal at bay.

Grant Anticevich hit a jumper and Jordan Shepherd added a free throw and a layup to pull California within four, 58-54 with 4:45 left. Lahat Thioune answered with a dunk for Utah and the Bears did not score again until Shepherd converted two free throws with 36 seconds left.