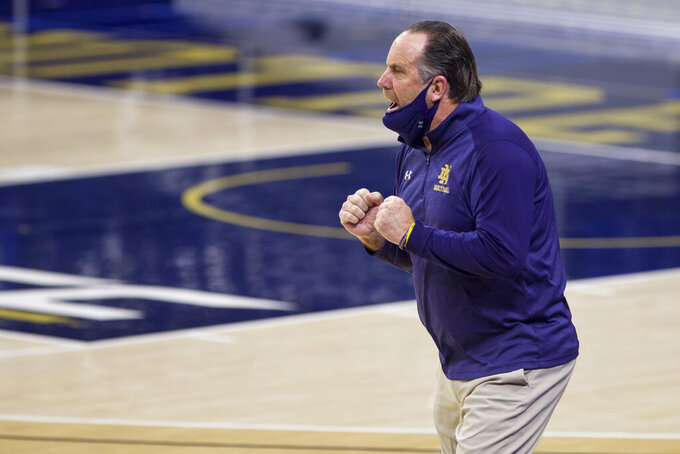 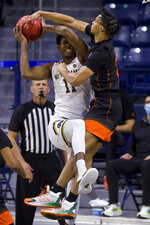 Laszewski finished shooting 6 for 8, Juwan Durham scored 12 and Dane Goodwin scored 11 with 11 rebounds for the Irish.

Notre Dame (9-10, 6-7 Atlantic Coast Conference) now has won back-to-back games for the third time this season, and six of its last eight as it tries to make a push coming down the season's home stretch.

Laszewski responded with consecutive layups, the second resulting in a three-point play, and the Irish proceeded to distance itself.

The injury-ravaged Hurricanes again played with just seven scholarship athletes. Point guard Chris Lykes suffered a setback in practice late last week to his injured ankle, which has kept him out for all but two games this year.

Compounding Miami’s injury woes, the club announced freshman Earl Timberlake will miss the rest of the season because of a shoulder ailment. He averaged 9.3 points and five rebounds in seven games this season.

The Hurricanes next host Georgia Tech on Saturday. The Irish host Clemson on Wednesday.