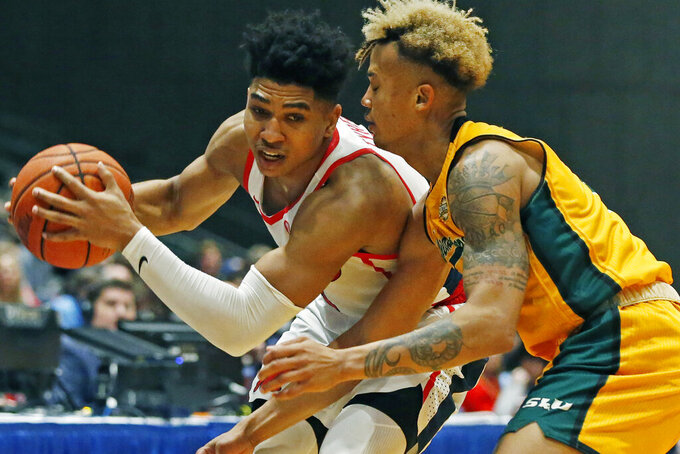 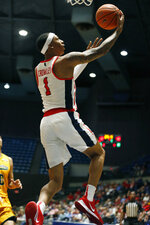 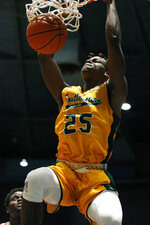 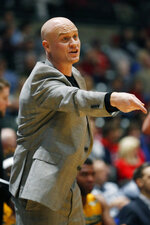 Sy scored 20 points on 7-of-11 shooting as Ole Miss held off Southeastern Louisiana 83-76 at the Mississippi Coliseum on Saturday afternoon.

“He’s been getting better and better and today he was finishing around the rim,” Davis said. “We needed every basket he made and he needs to keep making that progress.”

Sy also grabbed seven rebounds, had one blocked shot and was 5 for 5 from the free throw line. His dunk with 50 seconds left put Ole Miss up 80-72 to seal it.

“Coach has been telling me to pick it up and I had to today,” Sy said. “This was one of our worst games defensively, so we had to step up on offense and execute to win.”

SE Louisiana led 34-30 with just under four minutes left in the first half, but Ole Miss ended the half on a 12-6 run to take a 42-41 lead at halftime. Ole Miss opened the second half on a 13-7 run through the first eight minutes, extending the lead to 55-48.

Blake Hinson added 13 points on 5-of-9 shooting, including 3 for 7 from behind the arc, for Ole Miss (8-3). Point guard Devontae Shuler chipped in 11 points on 4-of-8 shooting for the Rebels. He also had six assists, four rebounds, two blocked shots and two steals. Breein Tyree had 14 points for Ole Miss.

The Rebels have won three straight after losing three of four to end November.

Tyron Brewer had a game-high 30 points on 13-of-17 shooting and also had six rebounds for SE Louisiana. He had 17 points in the first half.

“He is a Mississippi kid and had something to prove and he kicked our tail every way possible today,” Davis said. “He hadn’t the ball like that all year but give that team a lot of credit they’ve been in close games and will a lot of games in their conference.”

“At times I didn’t know what team I was coaching. Couldn’t get matched up and everything we could do wrong defensively we did it,” Davis said. “They made tough shots and had confidence to beat us. That’s how college basketball is. They played better than we did and we are fortunate to come out with a win.”