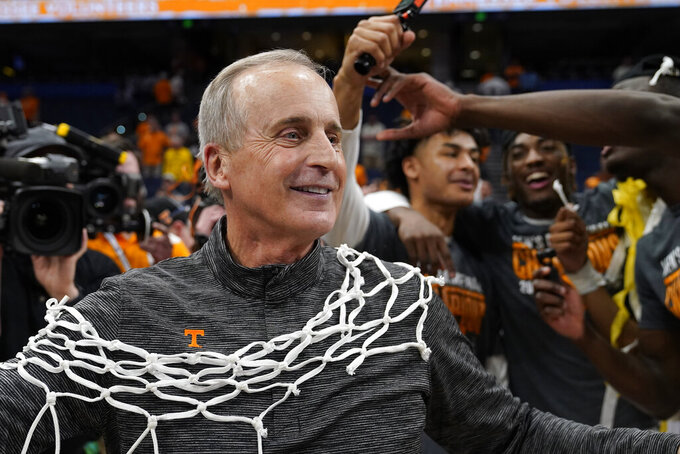 Athletic director Danny White announced the deal Thursday but did not disclose financial terms of the extension. The SEC Tournament title was the fifth all-time for Tennessee and first since 1979, clinching a fourth straight NCAA Tournament berth. The Vols lost to Michigan in the second round.

“Having played and coached the game, basketball has a special place in my heart," White said. "To that end, I can’t overstate how fortunate we are to have Rick Barnes leading our program. I am unbelievably excited about our bright future as we chase future championships on the hardwood.”

Barnes, 67, ranks seventh nationally among active head coaches with 754 career Division I victories, 150 of those at Tennessee.

The Vols tied a single-season school record set in 1976-77 by beating four Top 10 opponents. They also went undefeated at home and have a 17-game home winning streak that dates back to February 2021.

“After meeting with our players this week, I’m energized and eager to get back in the gym preparing for next season,” Barnes said. “Our family is blessed to be a part of the University of Tennessee family, and we appreciate the alignment of our administration."